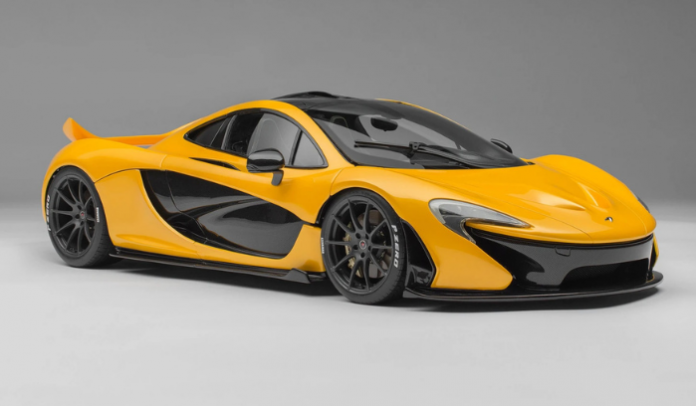 In the automotive industry, three super-hybrid cars stood out for setting trends.

Every 10 years or so, we see the world’s most prestigious car manufacturers embarking on a new era in the supercar arena, as we saw in 2002 with the Ferrari Enzo , McLaren-Mercedes SLR , Porsche Carrera GT and as we will see in a few years with hypercars like the AMG-Mercedes One and the Aston Martin Valkyrie .

In 2013, three cars that were baptized as the sacred trinity were the culprits for which the term hypercar was coined; the McLaren P1 , Ferrari LaFerrari and the Porsche 918 Spyder.

These three models were the first vehicles in the world to use the hybrid systems developed in recent years and give them a twist by putting them at the service of the combustion engine.

The result was revolutionary. Jeremy Clarkson , the legendary auto journalist, then host of the BBC program Top Gear , described the McLaren P1 as a new page in automotive history, and clarified that he was not saying this in vain, as he claimed that, despite from testing thousands of cars throughout his career, they were all relatively the same, but the P1 was not; it was really a game-changer.

Similar reactions were obtained from the other hosts of the English program, who respectively tested the Porsche 918 Spyder and LaFerrari . Richard Hammond declared that while the P1 was a page in the history of supercars, the 918 was the one that saved them from extinction in a future where the internal combustion engine would be increasingly disused.

Here we present you a little of these three super-hybrid cars .

This car was called like that; LaFerrari , because the Maranello manufacturer considered this car to be the ultimate Ferrari , an impressive upgrade from its predecessor, the Enzo .

If you want to find out a little more about the best Ferraris in history, including LaFerrari , take a look at this article .

LaFerrari is the accumulation of all the years of development of the Ferrari team in the hybrid era of Formula 1 . This car’s hybrid system is the only one of the three that cannot be independently recharged, plus it doesn’t have an all-electric drive mode.

This car is the heaviest of the three, and therefore Ferrari refused to have their car put to the test against the McLaren and Porsche copies , probably because it was not that fast, but this has brought you this exclusive Ferrari an air of mystery.

LaFerrari has a combined output of 903 horsepower and a total weight of close to 1,500 kilos.

The Porsche 918 Spyder is objectively the most usable car of the three, with both the LaFerrari, which is too wide and long, and the P1 which was designed with speed in mind.

In addition to being the most practical, the 918 is probably the fastest too, as it has four-wheel drive, thanks to its 2 electric motors, one on the front axle and one on the rear, as well as a 4.6 V8 engine. liters with 600 horsepower, with a combined more than 800 horsepower.

The 918 was the first production car to break the 7-minute barrier at the legendary Nürburgring , with a time of 6:57 seconds.

Although the 918 has been proven to be a marginally faster car most of the time, the P1 has been described as a better driving experience in every respect.

And it is that being the lightest of the three, the handling of the P1 is a visceral experience, without being a difficult car to drive, since it has enough power so that you simply point the wheel in the right direction and as if by magic the auto will correct its trajectory instantly.

Around 400 units were produced, including the special McLaren P1 GTR version , a track-only car with 50 more horsepower than the original plus a redesigned aerodynamics package.

Telegram was the most downloaded app in the world...
Technology

The platform announced a new voice recognition system that...