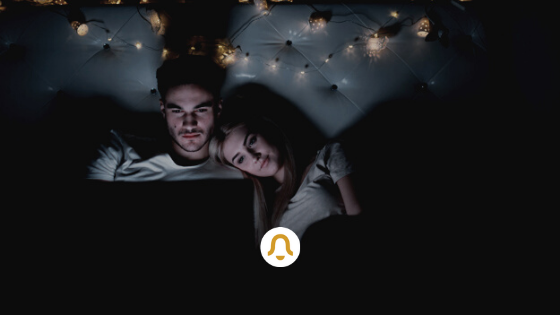 From recent romantic comedies to classics from the 90s, to intense melodramas, here is a list of titles that you and your girl or boy are going to enjoy to the fullest.

Yes, there are good romantic movies hidden in the catalog of streaming platforms , that is, those that go beyond a traditional romantic comedy or a melodrama worthy of a soap opera.

Our proposal is that you organize a marathon afternoon of good titles with your girlfriend or boyfriend, because we are sure that both you and she / he will enjoy this tour that ranges from classics from the 80s and 90s, to recently released proposals .

For this reason, we browse the catalog of Netflix , Amazon Prime and HBO Go to present you this selection with good romantic movies hidden among the universe of titles on streaming platforms.

Why see it? If you like romantic comedies and you haven’t seen this one, what were you thinking? It is a classic of classics.

Why see it? Here, the romance becomes a bit more tragic. Based on the novel by Ian McEwan (adapted with great mastery), Atonement is one of those films that will shake your heart and leave you feeling hopeless in the end.

You can see it on: HBO Go and Amazon Prime.

Why see it? A classic of classics , that simple. It is one of those movies that you can watch over and over again without any problem. Considered by many to be one of the best romantic comedies in history.

You can see it on: HBO Go and Netflix.

Why see it? At first glance, the premise might sound like more of the same, however, the conjunction of Meyers and the four protagonists makes it stand out.

You can see it on Amazon Prime and Netflix.

Why see it? If you are a music lover, then this melodrama with hints of romance is for you.

You can see it at: Amazon Prime (MGM Channel).

Why see it? We’re sure you’ve seen it already, but wouldn’t you mind seeing it again?

You can see it on: Netflix

Why see it? When you see it, you may wonder during the course of the plot where the romantic part is. In the end you will have the answer. Not for nothing do we include it among the best Mexican films of the 21st century .

Why see it? An adult romantic comedy came to (re) confirm us that there is no age for love.

Why see it? Before dating apps existed , it was common to flirt via email (oddly enough).

Why see it? Aside from the gooey “Unchained Melody,” which established itself as one of the most iconic songs in film , you should know that Goldberg won the Oscar for his work on this film.

Why see it? This is a film that came out of the common of the romantic comedies of the 90s, presenting us different archetypes for that time. Add in the exquisite presence of Lauren Bacall , who was nominated for an Oscar for this work.

Why see it? This comedy about two people fighting their own inner ghosts earned Nicholson and Hunt the Oscars in the acting categories, two statuettes that Titanic couldn’t snatch from the Brooks film.

Why see it? Based on the novel by James Baldwin , Jenkins gave us a jewel that was very little valued by critics and the public. The story of a girl who must face her unexpected pregnancy while her boyfriend has to serve a sentence, in the context of a racist society, will steal your heart . Attention to cinematography and score.

Why see it? The love , problems and entanglements, the hand of a script quite effective and a great deal.

Why see it? For many it is a melodrama inspired (to some extent) by The Divine Comedy , however, the story of a man who goes in search of his wife to hell itself will bring a few tears to your eyes. Also, it’s always good to see the great Robin Williams on screen . The film won the Oscar for Best Visual Effects .

Why see it? Although the critics were not very benevolent with her, since her departure in the cinemas the public loved her and installed her as one of the best romantic films of recent years. Sure you already saw it, but it is always good to “go back to the places where one was happy.”