NewsAlarmsGlobal Trends and News
TechnologyTikTok : the eye of the storm, between privacy...

TikTok : the eye of the storm, between privacy issues and dangerous challenges 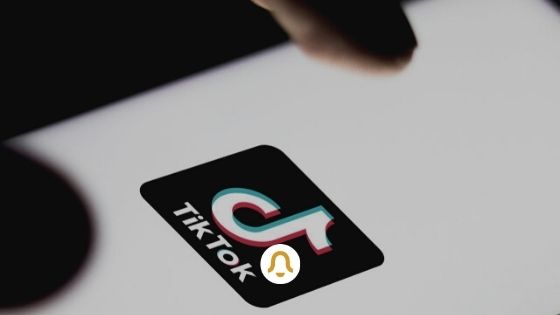 TikTok is still at the center of the storm after the case of the 10-year-old girl from Palermo, who died of asphyxiation presumably following a challenge that ended badly. In TikTok’s community guidelines, the company says it doesn’t allow content that encourages, promotes, or glorifies dangerous challenges that could lead to injury. But it is certainly not the first time that we have witnessed this kind of madness on social media only to collect some “likes”; on the other hand, the dangerous challenges are a bad drift of social networks in recent years: from the Skullbreaker Challenge to the Neknomination up to the Benadryl Challenge . But something begins to change: in the province of Syracuse a Sicilian influencer wassued for instigation to commit suicide after having published a video depicting a “challenge” between a woman and a man, in which both completely wrapped their faces, including nostrils and mouth, with transparent adhesive tape, so that they could not breathe.

Also Read: Signal: What is and how does the app that aims to defeat WhatsApp work?

In addition, the Privacy Guarantor also moved and ordered the immediate blocking of the use of user data for whom the age of the registry has not been ascertained with certainty. What does it mean? That the Authority has decided to ask for greater respect for the rules from the social network, accusing it of not having sufficiently supervised the age of some members trying to do everything to ensure that children under 13– minimum access age dictated by TikTok – cannot access the platform. A measure that he is thinking of extending to other social networks such as Facebook and Instagram. This does not mean that TikTok or other social networks will stop working in Italy, but they will have to demonstrate that they have acted to go in the direction required by the Guarantor: a path that could end in nothing, with a sanction or with a procedure capable of last for months.

Meanwhile, consumer advocacy organizations have also presented a bill requiring the use of SPID to allow access to some apps. In the specific case, parental authorization would be requested (thanks to the digital identity) to guarantee the registration of minors under 14 years of age to social networks. A principle also partly espoused by the Undersecretary of Health, Sandra Zampa , who would be in favor of introducing a minimum age for the use of a smartphone.

The most dangerous scams you need to avoid on Whatsapp

In the meantime, TikTok, which had recently escaped the danger of the US ban after Trump’s defeat in the presidential elections , had already moved to try to introduce some changes necessary to better guarantee the privacy of minors: from the beginning of 2021 all TikTok accounts in the name of users between the ages of 13 and 15 are private by default. As a direct consequence, only approved followers will be able to see the content of users under 16. The innovations are part of a broader package of measures put in place to promote higher standards of user privacy and security: from the limitation of direct messages to people over 16, to the prohibition of purchasing, sending and receiving virtual gifts up to the new “Family connection” function which allows parents to set some limits remotely.

A matter of cybersecurity

As if that were not enough, TikTok had to fight with a flaw in the Find Friends function that jeopardized the personal data of users: if the bug had not been fixed it would have been possible to access the details of a user’s profile and also the number of phone associated with his account, giving the possibility to build a database to be used for illegal activities. The discovery of Check Point, a company specializing in cybersecurity – would have allowed a hacker to access the phone number , nickname, profile and avatar pictures, unique user IDs and some profile settings, such as the one that allows a user to be a public or anonymous follower.