NewsAlarmsGlobal Trends and News
EntertainmentMusicSpotify will recommend songs based on your mood. See... 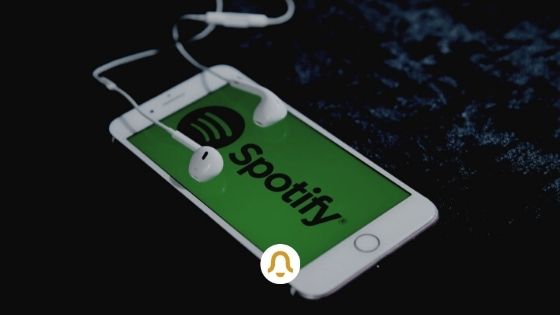 The platform announced a new voice recognition system that will allow the application to recommend music according to your mood.

Spotify is one of the platforms for listening to music streaming that is most popular among users in the world. Of Swedish-American origin, the service has more than 217 million active users, of which almost half have a premium service, which means that they pay for an account that includes a series of benefits above the accounts free, which are the other modality of the site.

Without a doubt, every year the popularity of Spotify increases significantly. For this reason, its offer grows more and more and broadens its range, now including award ceremonies such as the so-called Spotify Awards, which took place in 2020 . (Also Read: Spotify accuses Apple of anti-competitive behavior over single subscription)

In addition to its growth in terms of the platform’s service offering and the diversity of topics and events it handles, Spotify has shown a constant interest in evolving its technology and integrating the most advanced innovations to its site. They had already announced the launch of a bot that would identify your bad taste in music (and whose results are promising and fun). And now, they announced that Spotify will have voice recognition to identify the mooduser. Thus, depending on your tone of voice, they will be able to know how you feel and then recommend music that is appropriate for your mood. Some ways to identify the mood that the platform will have will include ratings such as happy, sad, angry or neutral, all depending on the intonation or pace of the person when they speak.

Do you know: How many subscribers does Spotify have?

With the system that they will use for voice recognition , Spotify will also be able to detect factors such as gender, age of the user or accent, as well as whether the person is alone or with a small group of people or at a party.

When announcing the launch of this new function, Spotify detailed that it is common for a streaming media application to include features that offer personalised recommendations to a user, which is becoming more visible every day for those of us who use services of this type, since We see our platforms increasingly personalised (perhaps to the point of causing controversy, as happened recently with the adjustment in WhatsApp’s privacy policies that made many users stop using this application). However, the advantage that the voice recognition systemWhat is beginning to be integrated into platforms is that it saves the time it would take for a user to have to answer several questions about their musical preferences. Will this type of offer really be worth it or are we facing a reality where applications obtain increasingly personal data from their users? Each person can have their own criteria, but it is certainly worth stopping to think about the way in which streaming sites advance in their ability to give us personalised offers.