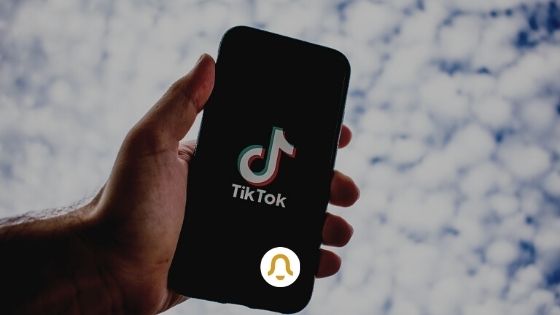 If you are a passionate gamer and TikTok is your trusted social network, these profiles are for you. There are not only video game tips but hilarious trivia and memes

TikTok is an extraordinary social network, which has completely revolutionized the way we present ourselves to the world . Unlike other platforms, it is less tied to a glossy and unrealistic type of image. TikTok videos are short and must be incisive, witty, let’s say brilliant to be able to stand out among the many profiles available.

I follow these profiles for several reasons. Some because they are a valuable source of news on the world of video games , others give me crazy nostalgia blows and others amuse me a lot.

There is pure genius here. Walking through the streets of Tokyo , this guy perfectly interprets the character of a videogame The movements, the sounds, the interaction with the NPCs. It also has a YouTube channel which I highly recommend checking out.

In this profile you will find very well done video game mini reviews with significant gameplay moments. A particular look at indie titles , but also at the more mainstream ones, always delicate and a super relaxing way of telling games, with a deep voice.

This is the ideal profile to follow if you are a little tired of shooter and horror video games or simply anxious . Because it recommends only positive titles, full of color, with relaxing gameplay and no gory moments.

A talented Canadian harpist, who conquered the TikTok audience with her ability to interpret all kinds of music with her instrument . The followers ‘challenge’ her with increasingly difficult requests and she always manages to amaze. Even when it comes to video game soundtracks (which are often asked for!)

Nostalgia for the eighties (with a few small forays in the early nineties) in its pure state . A good chunk of the profile is dedicated to video games, but there are also digressions on car models, cartoons, cinema, television series and cult objects of the period.

You will love this profile very much if you are a fan of RPGs. The protagonist is the host of the Rosewood Inn, welcomes tired travelers to his tavern, delivers quests in perfect RPG style, gives loving advice and manages to convey positive messages through roleplaying.

A hilarious profile that, among other things, accounts for the most curious anecdotes that can happen to the owner of a comic shop, video game & co. Between absurd questions (‘are you playing or are you working?’ Is the most classic one) and nightmare customers, Davide paints his daily life in a very witty way.

The official profile of Gamindo, the Italian app that allows you to donate money to charity simply by playing . Each video game in the app is sponsored by a brand or a company and as time passes, ‘gems’ accumulate which are donated to non-profit organizations (such as Emergency, WWF or the Buzzi Children’s Hospital). The channel also has very nice video game and tech-themed content, with curiosities and advice.

Another nostalgia operation done very well, with bits of gameplay from the consoles of the early 90s . Between Sega and SNES Nintendo there is really to be moved with a lot of handkerchiefs, thinking about the hours spent in the company of Donkey Kong and Sonic.

If memes are your bread and butter, Gaming Bible is a must . It collects all the most absurd, hilarious and weird video game themed videos. You will recognize yourself in many of these, they will make you laugh and you will also discover many aspects of the world of gamers that you never thought of (and perhaps it would have been better to continue like this …)