NewsAlarmsGlobal Trends and News
BlockchainGold or Bitcoin: where lies the hearts of investors

Gold or Bitcoin: where lies the hearts of investors 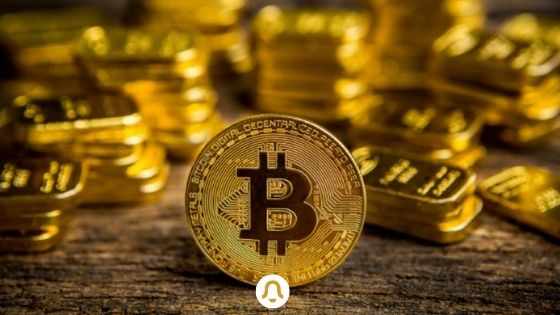 Between Bitcoin (BTC) and gold, the choice is made! – While Bitcoin (BTC) has just started a new upward rally since the beginning of October, the capitalization volume has again reached 1000 billion dollars. A development that is not lost on institutional investors .

According to a note from investment bank JP Morgan reported by Markets Insider , the rally in Bitcoin seen this week could be largely driven by institutional investors . Indeed, the latter are looking for a safe haven to protect themselves from inflation and they seem to have chosen Bitcoin (BTC)  ! While the big investment bank reported last June on the abandonment of Bitcoin (BTC) by large investors in favor of traditional gold , JP Morgan is said to have told his clients the opposite this week:

“Institutional investors seem to be reverting to Bitcoin, perhaps viewing it as a better hedge against inflation, than gold. “

In addition, JP Morgan highlights two other factors that it considers to be at the origin of this race for Bitcoin since the beginning of October. First, the first factor is the adoption of Bitcoin by El Salvador as legal tender. Indeed, this allowed the development of the Lightning Network and therefore the demonstration that second-layer payment solutions deployed on a large scale worked. Then, institutional investors would have been reassured by announcements from the US government claiming that the country would not follow the example of China and its move to ban Bitcoin (BTC).

In addition, the co-founder and leader of the company MicroStrategy, Michael Saylor, joins this analysis . On October 7, he said in a tweet:

The implicit endorsement of Bitcoin by major banks and regulators is going to accelerate the collapse of #Gold and the rise of #Bitcoin as the preferred safe-haven store of value for both institutional and retail investors.https://t.co/7os1ojenHs

According to Michael Saylor, the approval of Bitcoin (BTC) by major banks and regulators will accelerate its rise and the collapse of gold . Bitcoin (BTC) would thus become the preferred safe haven for both private and institutional investors.

In addition, the analysis of the Bitcoin / Gold ratio teaches us that the digital asset is in better shape than the historical safe haven. Indeed, when the ratio increases, it means that Bitcoin outperforms Gold , and vice versa when it is falling. As of this writing, it takes around 30 ounces of gold to buy a Bitcoin (BTC). This is almost a highest peak recorded for this ratio, since May 2021. Thus, it is clear that Bitcoin (BTC) is currently outperforming gold against gold . Indeed, gold is down 14% from its previous peak in August 2020 and a loss of9% since the start of 2021. Conversely, Bitcoin is currently showing a performance of 88% since January 1, 2021.