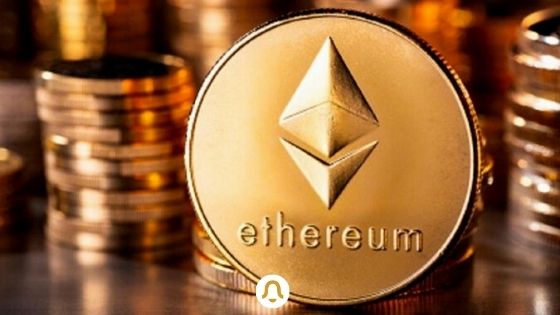 In the shadow of the hot Bitcoin (BTC) news, Ethereum (ETH) was set to set new all-time highs. It came close to a few dollars, when the king of cryptocurrencies made them, by talking about $ 67,000. It is probably only postponed. Now, let’s focus on the Prince of Crypto’s analysis, which shows that the bulls are handily dominating the bears.

Positive technical signals that are confirmed at Ethereum

Before returning to the prospect of new records on Ethereum, it would be wise to analyze the technical signals that have given balm to the hearts of bullish traders.

Next, Ethereum relied on another near $ 2,700-2,800 , which is 50% of the Fibonnacci retracements of the uptrend from July 21 to September 3, 2021. With the eye of a discerning chartist , these 2 major supports confirmed the start of an uptrend through an ascending line in daily units.

Then comes the presence of a big blue candle on October 1, 2021 (greenish pellet) which put an end to the short-term downtrend since September 3, 2021. After an intermediate consolidation close to 3400 dollars, Ethereum is left like a bomb towards its record of May 12, 2021.

Finally, the superposition of the Ichimoku indicator on the chart shows that the uptrend asserts itself over time. The course of the ether is above the Kumo (cloud). On the other hand, the Chikou Span , which replicates the same variations in the price of the underlying with a delay of 26 periods, is above both the Kumo and the prices . But it must go above $ 4,400 to confirm the start of the altcoin season.

The next targets on the rise for Ethereum

This idyllic scenario would be conditioned by new records on Bitcoin . The reality is that the latter dictates the trend in the cryptocurrency market. On the other hand, the latest weekly reports from CoinShares on net investment flows are hardly encouraging. Indeed, just of the $ 1.47 billion for the week of October 18, 2021, 99% are invested in Bitcoin. The fanfare of the Proshares Trust ETF BITO was a major contributor to this.

Any consolidation on its part does not bode well for Ethereum , as has regularly been the case with each correction. It makes you wonder if the investors who have missed the bandwagon are not calling it their wishes!

The fear of a return to sender below the $ 3,900-4,400 zone should not be ruled out, as it would cause the prince of cryptocurrency to fall towards $ 3,400. In addition, they represent a major support in contact with the uptrend line, so an interesting entry point. Seasonality on the stock market leads us to believe that we will not go lower in the event of consolidation.