NewsAlarmsGlobal Trends and News
BlockchainBlockchain GuideThe 10 rules to prepare for the crypto bear... 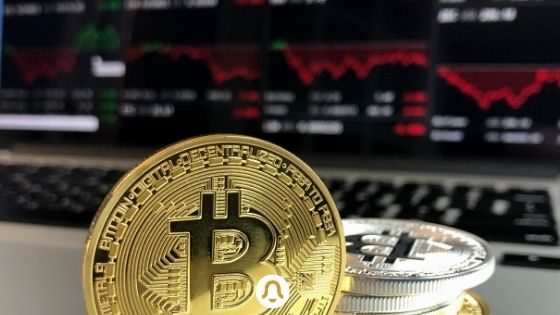 While the Bitcoin and cryptocurrency market reached a record capitalization in November 2021 (nearly $ 3 trillion), the memories left by the bear markets of the last decade seem very distant. At the dawn of an increasingly palpable euphoria, return to these unforgiving periods of decline.

The definition of the bear market

A bear market or “bear market” is commonly a drop of more than 20% since the last high point of an asset. This definition from traditional financial markets is however difficult to apply to cryptocurrencies and the legendary volatility that accompanies them.

More accurately, a bear market could result in the breaking of an upward trend – bull market – followed by a medium / long-term bearish reversal . By its violent but extensive character, the bear market is therefore distinguished from a simple correction.

Historically and despite a fundamentally bullish market for 12 years, cryptocurrencies, starting with King Bitcoin, have not been spared by these bear cycles.

Altcoins, these alternative cryptocurrencies to Bitcoin, are not left out. Carried away by various bearish waves, their total capitalization fell by 92% between 2018 and 2019 …

CoinMarketCap allows you to browse the ranking of the 200 largest capitalizations in the sector as of December 17, 2017. Between a few well-known figures, you will (re) discover altcoins which occupied a major place before losing 99% of their values, from sometimes be de-listed from exchange platforms and finally, disappear from speed cameras. Here are some examples :

As for the survivors considered today as pillars of the ecosystem and who have fully benefited from the rise in prices over the past year, none has really been spared:

The investor facing the bear market

Like the price of cryptocurrencies, investor morale itself goes through very volatile phases, as violent as they are sudden. From the euphoria that precedes the fall, to the denial and panic that follows, the less prepared often find themselves helpless and unable to respond. When they understand that an asset that depreciates by 90% can still depreciate… by another 90%, it is often too late.

This is, in particular, a crypto bear market: a complete purge , certainly healthy, but which hurts as many people as possible. A market where everything goes down, then down, then down again. A market that overthrows all beliefs, mocks beliefs and destroys all dreams.

Once the storm has passed, only the best projects and investors remain. They are quickly eclipsed by those who have lost everything after winning everything: savings, morale, friendships, family, etc. They can be found on Twitter, Reddit and other forums usually inundated with record earnings generated during bull markets.

Prepare for a crypto bear market

If it is noted that the cryptocurrency sector has professionalized since 2018 and that the fundamentals of altcoins are much better, the violent fall in prices last May (-55% over 1 month) will have served as a reminder: the bear market is part of the very nature of markets and it is essential to prepare for it.

The first step would be to ask yourself the following questions: Am I psychologically ready to endure a 90% fall? Am I really ready to wait 2 or 3 years before getting my head out of the water? Am I aware that the bullish momentum will not last forever? Have I taken the necessary measures to protect myself from a scenario similar to the previous ones?

This introspection is essential because it leads to an awareness that erases all denial. It allows an investor to finally be willing to follow the following 10 tips:

As you will have understood, a bear market does not forgive. But the investor who today really wants to protect himself against these risks has, unlike previous cycles, all the tools and information available to do so. It is up to him to take advantage of it.