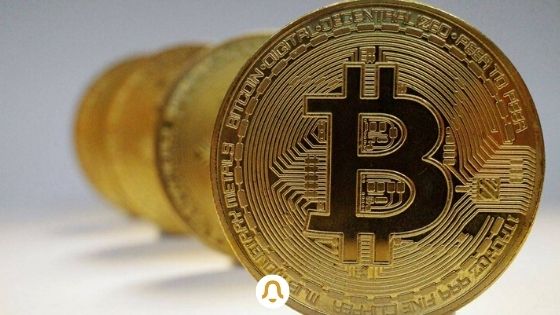 The recently published report Arcane Research in October provides a statement of comprehensive places Lightning Network, the layer 2 Bitcoin and describes its exponential growth since the beginning of 2021.

The main Bitcoin network is often crushed for its slowness and inability to accommodate more transactions . In reality this heaviness is crucial since it brings security to the protocol, which is essential for a monetary system and a payment system. Faced with this problem, the developers have nonetheless found a solution: the Lightning Network , which represents an extension of the blockchain, a second layer making it possible to carry out a large number of transactions, almost instantly for a very low price, which was the design of Satoshi.

“We have to trust the banks for our privacy, trust them not to let identity thieves empty our accounts. Their huge overheads make micropayments impossible ”

Since the description of the Lightning Network in 2015 by Joseph Poon and Thaddeys Dryja, it took three years to translate the concept into a functional program with the launch of the mainnet in 2018. Since the end of 2020, the Lightning network has experienced exponential growth and now a whole ecosystem has been built .

Its promise is revolutionary: to allow billions of banked and unbanked humans to access a high-performance payment system. Moreover, the possibility of making almost instantaneous payments for negligible costs gives rise to “monetary streaming” which will radically change the way we pay for services.

Why couldn’t you pay for a minute of listening to a song on Spotify or a second for watching a movie on Netflix?

The capacity of the Lightning Network has grown significantly in recent years. For example, the volume of wallet payments increased by 20% between January and September 2021. The start of the year has been very promising, as the number of public channels has increased by 80% since May. In September, growth turned parabolic, largely thanks to the introduction of bitcoin as legal tender in El Salvador .

This event was accompanied by the release of the chivo wallet which allows 2.7 million Salvadorans to have access to the Lightning Network. Other announcements were part of this boom, including the launch of a tip service via Twitter in September, allowing nearly 190 million users to use Lightning for microtransactions . Likewise, on September 14, Paxful, a peer-to-peer fiat-to-crypto payment and exchange platform, announced its integration with the Lightning Network. This means that seven million more people will soon have access to Lightning payments in their pocket.

In August 2021, Lightning Network had more than 100,000 users, 3000 Btc were present on the network with more than 17,000 nodes . It should be borne in mind that the growth is arguably much higher, as many channels are private and not broadcast on the whole network. Therefore, the capacity in BTC, the number of channels and the number of nodes are probably very largely underestimated by public data.

The performance of the Lightning Network comes from its construction based on a two-way payment channel architecture. However, some nodes are better connected than others (hubs) and are of crucial importance since they ensure that the network is properly connected. This structure makes layer 2 a more centralized network than Bitcoin’s main layer. Removing some hubs would completely disconnect several members from the network, especially if they are channels with a large capacity that allow the Lightning Network to be efficient.

Currently, there are still critical nodes in terms of routing on Lightning even if the arrival of new hubs has reduced the number of cut channels. The network is therefore more centralized than the main architecture, but this feature allows users to transfer funds at low cost. Of course, the players always have the possibility of building private channels, to avoid hubs which are points of centralization.

Who are the actors on Lightning?

We can distinguish two categories of actors on the network. The first, on the one hand, who develop the technical bases and solutions that make payment on Lightning accessible to a large number of people. On the other, those who accept Lightning as a means of payment in exchange for services, in other words, commerce companies.

An ecosystem teeming with technical foundations

Currently, three development teams are working on Lightning Network implementations: Lightning Labs, Blockstream, and ACINQ . This is to maintain interoperability by complying with BOLT (Basis Of Lightning Technology) specifications developed by the community. Lightning Labs’ LND implementation is the most widely used today, far ahead of C-Lightning and Eclair, as nearly 90% of nodes use it.

We can also mention the existence of maintenance projects for nodes hosted on the network in the form of on-call service on top of Lightning. These are crucial services for the growth of layer 2 in the context of mass adoption. They respond, for example, to liquidity issues that require channel rebalancing that is difficult to achieve independently.

The creation of effective portfolios is essential for the maturation of the network. They meet different user needs. If some propose to integrate the immediate conversion of BTC into fiat like Strike, others offer functionalities to comply with tax and legal rules more intended for traders. The stake is to facilitate the acceptance of Lightning payments by the merchants, because it is this approach which will draw a true hyperbitconization.

Lightning allows services to reward users through micro-rewards. After performing an action such as winning a game, they get a certain amount of satoshis.

The use of online services such as commerce, games, etc. are experiencing steep growth at the start of 2021. More and more games are offering performance-based payouts, also known as the “play to earn” model. Other proposals allow players to bet satoshis on their performance. For example, it is possible to use Zebedee to bet satoshis while playing Counter Strike via the Steam platform.

Podcasting is the first form of media to experience Lightning with Sphinx , Fountain.fm, and Breez . These projects allow users to pay their favorite podcasters directly by “streaming” currency. Exit the intermediaries like Spotify or Deezer!

Many experimental financial services have emerged in recent years. Boltz is a no-middleman marketplace where users convert bitcoins on Lightning into on-chain bitcoins or altcoins.

We can also mention LN Markets which is a derivatives exchange built on the Lightning network and which uses bitcoins as collateral for the trading of these assets. Still in the field of derivative products, a service has also recently appeared in the ecosystem: Kollinder . It’s about building a derivatives market based on a peer-to-peer order book that uses Lightning to fund the account.

Projects like Bitrefill allow users to acquire gift cards or even book trips by spending satoshis through Lightning.

Lightning sets out to conquer the world !

While the Bitcoin development community has historically been stronger in North America and Europe, this is also true of Lightning. The nodes are mostly concentrated in the West, with the United States holding the largest share of nodes on the Lightning network.

A decade full of hopes for Lightning and Bitcoin

The Arcane Research report ends with some very ambitious projections , predicting 700 million users by 2030 on Lightning . The authors estimate that the growth of the network will come mainly from emerging countries.

In the years to come, it would be probable that other states would take the same path as El Salvador. Emerging economies dollarized because of high inflation could decide to gain independence and sovereignty by freeing themselves from the greenback. Countries with little bank access are also more likely to take the plunge.

Bitcoin will undoubtedly be one of the main vectors of financial inclusion in the future and will take root first in Africa, Latin America and Asia, where the consequences of inflation are most disastrous, before conquer the world and bring his message of Freedom!

“What the Internet has done for information, bitcoin and the Lightning Network will do for money”

This report is very enlightening and testifies to the power of the Lightning Network, which ushers in the era of “money streaming” and will be a factor of financial inclusion in developing countries. This scalability proposal is crucial, because it transforms bitcoin into a true intermediary of exchanges, which is the main function of a currency.