NewsAlarmsGlobal Trends and News
BlockchainNFTFacebook and Metaverse: formalizing its interest in NFTs, casually 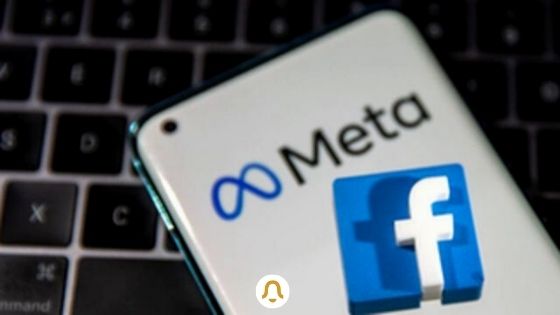 Non-fungible tokens (NFTs) could soon land in the universe of the giant Facebook. The company has revealed its plans to dive into the Metaverse, along with the resources to make this virtual world a reality.

Facebook and metaverse: NFTs, an integral part of the user experience?

On October 28, 2021, Mark Zuckerberg unveiled Facebook’s ambitions for the curious metaverse. The social media giant plans to create its own virtual worlds . This framework includes a place for non-fungible tokens , although at this stage the vision for the latter is still unclear in the presentation made by Mr. Zuckerberg. The latter mentioned the ”  digital goods  ” that will be part of the user experience.

wow! metaverse and nft getting more and more mainstream! https://t.co/jteMia3ie9

These NFTs could be part of Novi’s offering, according to the earlier comments of Facebook’s chief financial officer, David Marcus. Novi is Facebook’s initiative to offer financial services, and in particular to support the growth of its stablecoin Diem (ex-Libra) offering.

A project and resources: the metaverse as a logical evolution of Facebook’s DNA?

Facebook will dedicate a fund of 150 million dollars to an education program to support the development of new technologies and to train its users in the use of augmented and virtual reality tools . Facebook has explicitly stated that it plans to spend around $ 10 billion over the next few years to bring its plan to create a metaverse to fruition.

Facebook announced in July 2021 the creation of a team working on the metaverse . Zuckerberg further made it clear that this metaverse project is the “next frontier” to cross in the development of the social network  :

“Today we’re seen as a social media company, but in our DNA we are a company that builds technologies to connect people, and the metaverse is the next frontier, just as social media was to. our beginnings. “

Zuckerberg also shared the figures illustrating the expectations of the social network in this metaverse  :

“We hope that over the next decade, the Metaverse will reach one billion people, host hundreds of billions of dollars in digital commerce, and provide jobs for millions of creators and developers. “

David Marcus had announced the color by indicating that Bitcoin (BTC) was not of interest to Facebook, but that Novi could store NFTs . The social network will certainly provide details on the integration, use, and possible monetization of non-fungible tokens on its metaverse in the future.

A cybersecurity research company, has discovered a critical issue...
NFT

2021 will undoubtedly have been the year of the...