NewsAlarmsGlobal Trends and News
NewsWhy is the US Government Banning the Distribution of...

Why is the US Government Banning the Distribution of TikTok and WeChat? 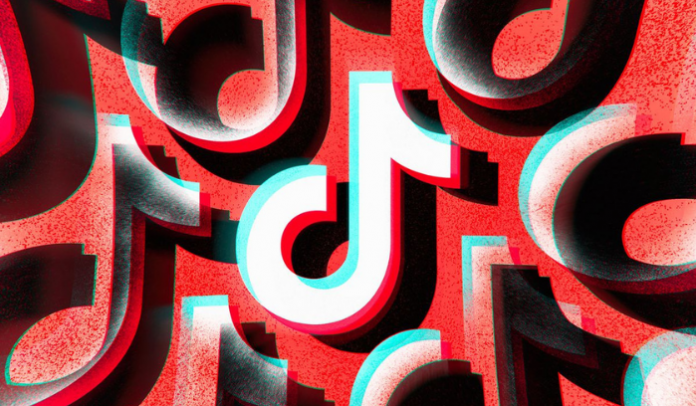 On several occasions, Donald Trump has assured that TikTok, one of the social networks that has grown the most in recent years, is a “threat”

Washington.- The government of the President of the United States, Donald Trump, will ban TikTok and WeChat, Chinese-owned services used by more than 100 million people in the North American country, in the market of computer applications of the country, reported this Friday the Department trade. .

The imposed restrictions will prohibit the transfer of funds or the processing of payments through WeChat within the United States as of Sunday, and similar restrictions affecting TikTok will take effect on November 12.

On several occasions, Trump has assured that TikTok, one of the social networks that has grown the most in recent years, poses a “threat” to the United States’ national security and seeks to force its sale to a US company.

“These measures prove, once again, that President Trump will do everything he can to ensure our national security and protect Americans from threats from the Chinese Communist Party,” Commerce Secretary Wilbur Ross said in a statement.

“On the instructions of the President, we have taken significant steps to combat the malicious Chinese collection of the personal data of US citizens, while promoting our national values, rule-based democratic norms, and the determined enforcement of US laws and regulations.” added.

According to the US Government, TikTok and WeChat “collect vast amounts of data from users, including network activity, their location, and their search and browsing history.”

According to the Commerce Department, these companies are active participants in China’s combined civilian and military activities and are subject to mandatory cooperation with the Chinese Communist Party’s intelligence services.

WeChat have started a lawsuit against the ban

On Thursday a federal judge heard arguments from WeChat users who have filed a lawsuit against the ban, but there was no immediate ruling.

In their argumentation of the case, on Wednesday, Justice Department attorneys said the government would not take legal action against individuals using WeChat “to communicate personal or business information between users,” and the plaintiffs said that does not clarify what activities will be specifically prohibited.

The Secretary of the Treasury of the United States, Steven Mnuchin, announced on Monday that his government would review in the Foreign Investment Committee the agreement reached between Oracle and the Chinese ByteDance, owner of TikTok, in a way that guarantees the protection of the data of the Americans and their phones.

China’s Ministry of Foreign Affairs opposes the forced sale of TikTok, an operation that, in its opinion, violates the principles of the World Trade Organization (WTO).

The Chinese government sees the intention of selling TikTok as another chapter in the trade war between Beijing and Washington, which tries to contain the growing technological power of the Asian giant. This has already seen how the telecommunications firm Huawei has had to face restrictions and the popular social network WeChat, owned by digital conglomerate Tencent.

TikTok, which belongs to the Chinese group ByteDance, has been operating under conditions in the United States since the beginning of August.

Trump, who accuses him of spying for the Chinese government, then signed a decree to demand the sale of his American activities before September 20, under penalty of prohibition in the country.

US giants Microsoft and Walmart made an offer to buy those TikTok activities, but ByteDance turned it down on Sunday.

Californian software group Oracle submitted an offer to become TikTok’s “trusted technology partner”, although details have not been released.

“Although the threats posed by WeChat and TikTok are not identical, they are similar. Each collects significant amounts of user data,” the Commerce Department noted.

The WeChat platform, which Chinese giant Tencent owned, is ubiquitous in Chinese lives for messaging, remote payments, and reservations, among other uses.

Ross assured that “the basic TikTok will remain intact until November 12”, but if there is no agreement before that date, the application “will be closed”.

The United States thus fulfills the threat that Trump brandished against these two Chinese applications, in a context of great tensions between the two economic giants.

In early August, the President had already imposed an ultimatum on TikTok, which he accuses of industrial espionage by Beijing without publicly showing tangible evidence.

Trump gave his parent company, ByteDance, until September 20, that is, Sunday, to sell its TikTok activities on US soil to a company “made in the USA.”

But two days before the deadline, the negotiations have yet to bear fruit.

A first project involving Microsoft and the distribution giant Walmart was rejected by the Chinese company last weekend.

On Monday, US Treasury Secretary Steven Mnuchin formalized the name of a potential new partner, Oracle, based in California.

According to CNBC, some media mention a minority stake (up to 20%) by Oracle, specializing in software and services for companies. ByteDance would retain a majority stake.

A US government national security committee is tasked with examining Oracle’s offer, after Republican lawmakers warned about giving the green light to a deal that would continue to leave the company under Chinese control.

In the background of the TikTok affair is the battle for technological dominance that is raging between the United States and China.

Some experts point to the difficulty of finding an agreement that can simultaneously satisfy the two major world powers’ interests.

Dispelling both countries’ concerns about the security, algorithms, and other key technologies used by TikTok seems like a tough task to accomplish.

Gavin Wood's announcement comes a few weeks before the...
Blockchain

Chinese cryptocurrency investors may soon take another blow. Remember that...