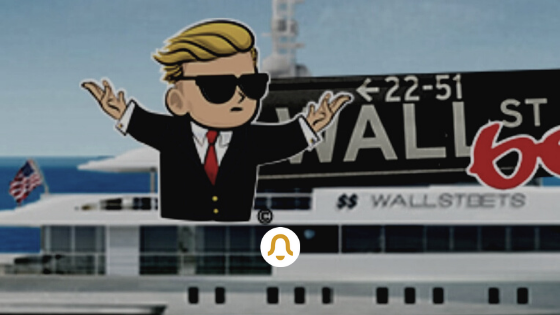 The Gamestop share, for which hedge funds and an investor community are fighting a stock market war, temporarily lost over 60 percent of its value on Tuesday.

The shares of the video game store chain GameStop, which has become a symbol of a trial of strength between hedge funds and an investor community, temporarily fell by around 60 percent on Tuesday. On Monday, the price on the Frankfurt stock exchange had dropped by about 30 percent. After the crash on Tuesday afternoon, however, a slight upward trend set in again, the share is currently trading around 90 euros. Last Thursday the share was well over 400 euros, at the beginning of January it was 14 euros.

Shares from Gamestop and AMC , among others, have been particularly popular with users of the Reddit platform in recent weeks. In doing so, they opposed so-called shortsellers (in German short sellers) such as Citron Research and Melvin Capital, who had bet massively on falling prices of the companies in question. As a result, share prices shot up and some hedge funds suffered extremely heavy losses, which are currently said to amount to around $ 20 billion.

In the meantime, however, the short sellers have significantly reduced their positions in GameStop shares, writes the Handelsblatt , citing data from financial service provider S3. Accordingly, the shortsellers have now reduced their quota, with which they had speculated on falling prices, to 53 percent of the tradable shares. At times, short positions were taken on well over 100 percent of the stock.

A short sale describes the strategy of borrowing stocks in the hope of falling prices – only to buy them back at a cheaper price and then return them when the lending agreement comes due. But if the price rises, the short seller makes losses.

If another investor also makes such a bet on the shares that were sold short, then the number of short positions could also be higher than that of the existing shares, a spokesman for the German Stock Institute explained to heise online. In Germany, such short positions from 0.1 percent of the number of shares must be reported to the financial supervisory authority Bafin, from 0.5 percent there is a reporting requirement in the Federal Gazette, according to the Aktieninstitut.

In the r / wallstreetbets community on Reddit, the heart of the investor movement, so to speak, many apparently continue to rely fully on buying and holding the Gamestop share. In a much discussed post , the hedge funds are accused of artificially lowering the price. They would follow a strategy called “short ladder” and push each other’s stocks back and forth at high speed.

At the same time, the trading restrictions on trading apps such as Robinhood, which has now come under heavy criticism , have deprived small investors of the opportunity to counter this. Last but not least, hedge funds are also suspected of hiding the extent of their short sales .

News from the Sherwood Forest

Trading app Robinhood announced meanwhile that it had raised another 2.4 billion US dollars from investors. Including a financial injection from Friday, the recently raised funds now amounted to 3.4 billion dollars, the US company said on the company blog. In view of the recent speculation boom, Robinhood is under increased pressure to obtain collateral for the massively increased trading volume that is processed via the app.

According to a report by politico , Robinhood CEO Vlad Tenev will answer questions at a hearing in the finance committee of the US House of Representatives on the Gamestop stock market war on February 18. US politicians such as committee chairwoman Maxine Waters had voiced suspicions that hedge funds may have influenced Robinhood’s decision to restrict trade. Often the financial service provider Citadel is mentioned, which among other things operates a hedge fund and offers trading systems. As a market maker , the company also has a close relationship with Robinhood. Citadel had reportedly denied it was responsible for the restrictions. ( With material from dpa ) / ( axk )