NewsAlarmsGlobal Trends and News
SportsSuper Bowl 2021: everything you need to know about... 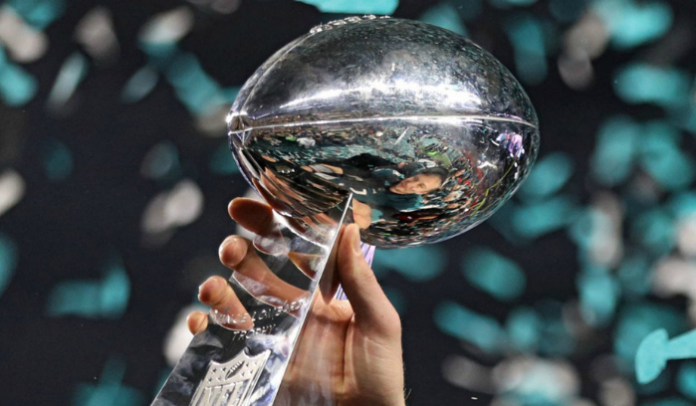 NFL fans are already looking forward to Super Bowl LV (Super Bowl 2021), and the truth is that the global Coronavirus pandemic has been quite respectful of this sport so far. The reason? The main consequences of this disease have developed during the long break that American football has each year, which allowed the season to start smoothly so that we can enjoy a Super Bowl.

The Super Bowl is the great event of this sport, the final of the finals were the champions of each conference face on a neutral court previously chosen for a game to define the real winner of the year in the NFL.

The last issue was the Super Bowl LIV, where the Kansas City Chiefs and San Francisco 49ers got a real party exciting it was 31-20 in favor of the commanded by Mahomes. In this match, one of the main attractions is the extraordinary halftime show that is prepared each year and that in the hands of Jennifer López and Shakira, the stadium and the whole world vibrated mainly with the surprise collaborations of J Balvin and Bad Bunny, artists from the urban environment who seem to have already taken over the world.

This is all we know about Super Bowl LV.

With the bar so high in both sports and entertainment, the entire world of the NFL has been very aware of everything that has happened before Super Bowl LV, which will be played at Raymond James Stadium in Tampa, Florida, United States. It is a meeting between the Tampa Bay Buccaneers, led by Tom Brady, who reaches his Super Bowl number 10, against Kansas City Chiefs, who are going for their second consecutive Super Bowl final, so they will seek the two-time championship.

This February 7 will take place in the 55th edition of the Super Bowl. At 5:30 p.m. (Mexico time), this meeting will begin to define who will lift the Vince Lombardi.

Where to watch Super Bowl LV

The Super Bowl 2021 will be broadcast on the NFL’s official channel, and all coverage will be on social networks, especially Twitter. As in previous years in Mexico, the transmission will be by open television.

Due to the global pandemic and the increase in the number of cases in Mexico and Latin America, it is recommended to be aware of the Super Bowl at home.

The NFL has confirmed that The Weeknd will perform at the Super Bowl LV halftime show. The recent Grammy winner for his album After Hours, which is also the most-played R&B album of all time online, will appear on February 7, 2021.

In July 2019, an anti-viral protective device created by Oakley in collaboration with scientists and technicians from the NFL department was presented in the Oakley Mouth Shield to protect its players.

Its design does not interfere with the naked eye with the regular performance of an athlete of this caliber, and the naked eye is invisible and even looks comfortable. This design does not obstruct the recent technology implemented by Oakley in NFL helmets, where the vision is improved, and the contrasts of light and color do not affect the players who wear them. Another official measure so far is that no jerseys can be exchanged this season.

A Super Bowl with an audience

At the beginning of the season, the uncertainty of whether it would be a Super Bowl with or without an audience was the order of the day. What is known so far is that this edition will be attended by 22 thousand followers of the sport, among which 7 thousand 500 places They have been reserved for members of the doctors and health personnel who have fought and fought Covid-19, they will be the guests of this edition as a token of appreciation for their work.

It is worth mentioning that the 22,000 fans who will attend this edition only represent 30% of Raymond James Stadium’s capacity in Tampa, Florida.

But how will they choose who the doctors and health personnel will be part of this sporting event for free? The NFL has announced that the 32 teams in the league will be in charge of making this selection. It is worth mentioning that the doctors who attend will already be vaccinated against Covid-19.

How much does a ticket to the Super Bowl 2021 cost