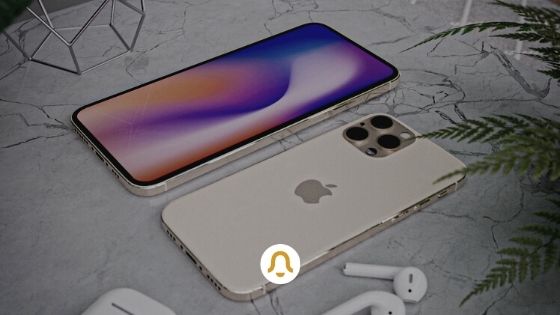 The iPhone 13 will go on sale in 2021 . But although there are still months for Tim Cook to present it, some of the news that it will have is already known. It looks like Apple’s next phone will be a continuation of the iPhone 12 and iPhone 12 Pro , with some revolutionary improvement in design. The main? The absence of port. But it will also have a new camera system, a better screen, and more news.

Jon Prosser, Apple’s leak expert, assures that the next generation of iPhones will have 1TB as its largest storage.

According to him, Apple is currently working on prototypes for the iPhone 13 that include models with 1 TB of internal storage. Apple smartphones currently max out at 512GB, since the XS was launched in 2018, and while Prosser isn’t entirely sure if the tech giant will eventually release 1TB models commercially, doing so would be on the Phone 13 Pro and Pro Max.

IPhone 13 will charge wirelessly only

Ports have been a fixture on cell phones since their inception, from the iPhone 12 to the “dumb phones” of decades earlier . But even when it comes to ports, Apple has done things its own way. In 2012, the company obsoleted its own accessories when it switched from a 30-pin connector to a proprietary Lightning port, and has since resisted switching to a USB-C connector on iPhones even though it was eventually accepted as a universal standard. . However, the iPad Pro and the iPad Air of letter generation, in addition to the MacBook Air , do have a USB-C connector

But if long-standing industry rumors are to be believed, Apple plans to remove the Lightning port on the iPhone , making way for a completely portless phone. One of the latest indications that we are approaching this life without ports is the introduction of MagSafe by Apple on the iPhone.

The wireless charging system is based on a series of built-in magnets that snap the iPhone 12 onto a MagSafe disc. To charge the iPhone 12 , it must be placed on the circular charging platform. This eliminates the need for a Lightning connector, and while Apple kept the port on the iPhone 12, it did remove the wall adapter and wired headphones from their box.

After the addition of MagSafe, a wireless future seems inevitable for the iPhone.

The iPhone 13 will have a very powerful processor

S and rumored the iPhone 13 will launch a new processor. The iPhone 12 had the A14 chip, which followed the A13 chip from the iPhone 11 . With that in mind, the iPhone 13 could house the A15 processor, which will be noticeably faster and more powerful than its predecessor.

Expert Ross Young suggested that the top-tier 13 Pro and iPhone 13 Pro Max models will offer Sub6, as well as high-bandwidth mmWave 5G , while the iPhone 13 and iPhone 13 Mini will be relegated to Sub6 only .

Rumors suggest that the new device will debut with a 120Hz display , with some Apple experts backing up that claim. Other rumors believe that we could see a r Exit Touch ID .

Rumors suggest that the iPhone 13 and Pro Max will have an improved ultra-wide camera, upgrading the iPhone 12’s f / 2.4 five-element lens setup to a six-element autofocus lens that could result in better low-light photography. .

Analyst Ming-Chi Kuo suggests that this ultra-wide camera will be standard across the entire iPhone 13 lineup, believing that a periscope telephoto lens for increased optical zoom could be introduced as early as 2022. This design would see spaced lenses within the body of the phone, with a mirror pointing back.

In May, a design leak revealed the upcoming phone’s rumored camera design, which could have a 64-megapixel shooter with a wide lens and 1x optical zoom, a 40MP telephoto lens with 3x to 5x optical zoom, ultra-wide angle. 40MP with 0.25x “Reverse Optical Zoom” and a 40MP anamorphic lens with a 2.1: 1 ratio.

While Apple is known for launching its new models in September, there have been exceptions. Given that the iPhone 12 also had a staggered release this year, it could be the case that Apple reconsiders its release schedule for the iPhone 13. Could the iPhone 13 come out later than September next year?