NewsAlarmsGlobal Trends and News
TechScariest Games That Will Terrify You The Most In...

Scariest Games That Will Terrify You The Most In 2020 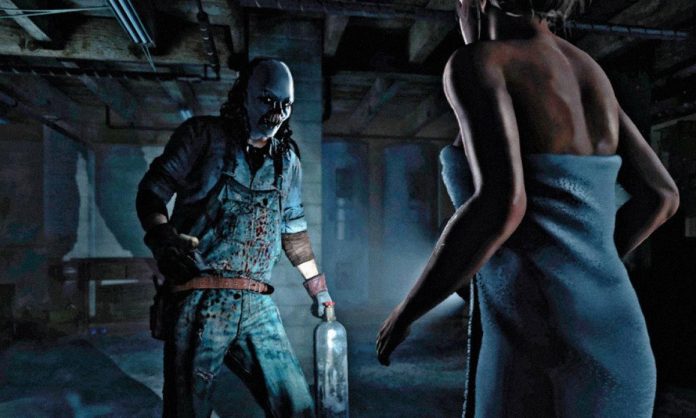 Video games have evolved beyond the old primitive arcades, which people can play, regardless of age. Now the world of gaming is full of marvelous projects, each new one better than the last. Well, that’s a lie. Many new games suck but let’s focus on the good ones. If you enjoy watching horror films, you’ll probably be going to love playing scary games.

Here are the top 8 scariest video games of all time!

In Dead Space, you play as Isaac, the coolest engineer deep in outer space. Something terrible happens to the spaceship, and suddenly, people start warping into deadly monsters. So yeah, it’s a perfect horror game with an amazing atmosphere.

Anyone wanna play a game from the legendary developer Shinji Mikami, who has established himself as a creator of truly impressive horror games? Evil Within combines all the best features from Mikami’s previous games, but at the same time, the plot is far from perfect, and the gameplay is monotonous at times. But despite the valid criticism, the game is actually pretty fun, gory, and hella wicked. The monster designs alone are spectacular.

The seventh installment in the never-ending horror series Resident Evil was a pleasant surprise for the fans, thanks to its first-person mode. There’s also a huge house filled with twisted puzzles and unusual enemies – all these new and old features brought the Resident Evil series back to the level where we see it as a horror game, instead of a zombie shooter.

The Xenomorphs from the first Alien movies can easily scare the crap out of people even today. And “Alien: Isolation” went one step further – it is now hunting you, making it personal. The game managed to recreate the atmosphere of utter helplessness, where the player is constantly expecting to come face to face with the killer alien. Barely audible steps in the vents, the monster’s extraordinary intelligence, and his random behavior make the player hide in one of the safe spots, and stay there for way too long, scared of sticking out their nose.

The third installment of the fan-favorite survival horror Silent Hill has turned out to be one of the most beautiful games in the entire series. Even though the game is pretty much ancient, it’s still nice to watch Heather’s young face. But it’s not even the graphics or the game design that makes Silent Hill 3 one of the scariest games of all time. It’s all about the creepy atmosphere, the amazing soundtrack, and the exciting storyline. These things will be drilled into your memory forever!

Did you know that Amnesia: The Dark Descent is technically an indie horror game? Although the gameplay and plot are quite straightforward, the player will most likely lose their mind many times while yelling at the screen. Overall, Amnesia is visually very interesting and deserves your attention, so go pick it up!

You’ve probably all heard of this breakout hit by now. Maybe even saw Markiplier scream his head off at screeching murderous animatronics on YouTube? In case you were not following Scott Cawthon’s success, he’s made several games in the FNAF series, even some strange spin-offs, books, and there’s a possible TV show in the works. It’s crazy how such a simple concept would conquer the internet almost overnight. The popularity of the series has faded, but it’s definitely worth getting still.

And at the very top of our list, we have Fatal Frame 2 from the Japanese developer TECMO. This game is not something you want to play alone in the dark. There’s something inherently creepy about Fatal Frame, making it truly the scariest and most unusual horror game of all time. Japanese girls wandering around the village full of nasty ghosts and objects frozen in time will make any adult man feel like a helpless child. Oh, and you know how you deal with the ghosts? You take out your old camera, and patiently wait until the ravenous spirit enters the frame. Hence, the name Fatal Frame.

The American giant Google lost in a European court...
Tech

The future is already on its way, the president...
Tech

The most dangerous scams you need to avoid on Whatsapp

Whatsapp scams continue to be a problem. Although the years have made...