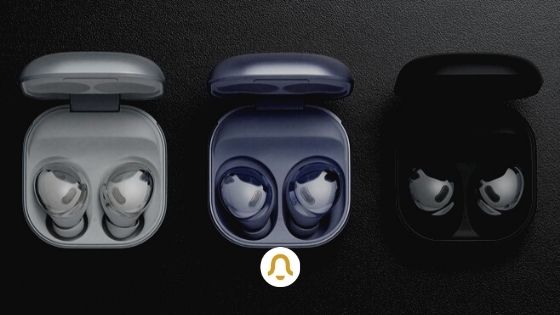 Samsung Galaxy Buds Pro are the must-have wireless noise-canceling headphones if you have a Samsung… and if you have an Android, almost too.

The Samsung Galaxy Buds Pro have unique features that make them really special. Yes, they are an absolute must for everyone who has a Samsung phone (whether it is from the S range or not), but they are also mandatory for all those who have an Android in their pocket, both for their quality and for their design.

The Samsung Galaxy Buds Pro have active noise cancellation, have spatial audio support to make series and movies more immersive and also have about five hours of battery life before they need to recharge in their case.

Several wireless earbuds offer these types of features, but the Samsung Galaxy Buds Pro also offer multipoint pairing, support for hands-free Bixby (Samsung’s assistant), and a Samsung Galaxy Wearable app that is only available on Android and that you must use to unlock the best features of the Buds.

Samsung Galaxy Buds Pro can also use Samsung’s proprietary scalable audio that supports UHQ audio streaming via Bluetooth at up to 24-bit / 96kHz, SmartThings Finder, and multi-microphone recording that allows you to use the Buds as a sort of microphone for flap when recording videos on your Samsung phone .

Its only downside? They are designed to work perfectly with Samsung phones, but have some shortcomings for other Android phones . For example, they lack support for the Google Assistant (they only support Bixby). However, if you are an Android user and you don’t usually use the search company’s digital butler, Samsung Galaxy Buds Pro are a great buy. You will be able to squeeze all its technical characteristics thanks to the Galaxy Buds app , which allows you to control aspects such as noise cancellation.

What if you have an iPhone? The Samsung Galaxy Buds Pro may not be for you, as the Galaxy Buds app is not available to the Apple ecosystem. Of course, you can use them by connecting them through Bluetooth and activating noise cancellation by pressing on the touch surface of the headphones, but you will not receive the software updates that Samsung releases (they are updated through the official app).

Samsung Galaxy Bus Pro come in three color options – black, silver, and purple – and they are completely waterproof, with an IPX7 rating that is the highest yet for a Samsung set of headphones.

As good headphones designed to cancel noise , fit is critical. And the Samsung Galaxy Buds Pro fit your ears safely. For example, I have been able to run with them without problems. They feel stable and if positioned properly they provide a good seal in the ear canal, without making my ears feel too clogged.

The air outlet and the reduced contact area are details to highlight: the Buds Pro do not protrude noticeably from the ears like some competitors. On its sides there are touch controls, which can be activated by mistake when adjusting the headphones, but this option can be deactivated from the Galaxy Buds app.

The charging box has a USB-C connector and can also be charged wirelessly with any Qi-compliant charger. If the box is placed on the back of the Samsung Galaxy S21, it will also charge, since this phone offers this possibility.

he two great features of the Samsung Galaxy Buds Pro are their active noise cancellation and their IPX7 waterproofing, the highest rating yet for Samsung headphones.

Until now, Samsung’s earphones were only IPX2 or IPX4 water resistant. That meant they were good for a few drops of rain or a bit of sweat, but the new generation allows you to work out hard without fear of your sweat ruining the headphones. With IPX7 certification, the Samsung Galaxy Buds Pro are protected against submersion in fresh water for 30 minutes at a depth of up to one meter,

Just by using them around the house for a few days, the Samsung Galaxy Buds Pro were able to drastically reduce ambient sounds. They are good enough that you cannot hear close conversations in another room.

The Galaxy Buds Pro have two-way speakers in each earpiece – there’s an 11-millimeter woofer and a 6.5-mm tweeter. The sound that comes out of them is almost perfect: the highs and lows are perfectly balanced and the noise cancellation helps create a perfect bubble to enjoy music, both at home and on the go.

The flip side of active noise cancellation is audio amplification, also known as audio pass-through, which can be accessed by pressing and holding the capacitive touch panel. The Galaxy Buds Pro can take external audio and funnel it into your ears, amplifying the sound by up to 20db. What is this mode for? For example, if you are working at home with them on and you want to listen to the doorbell.

The Samsung Galaxy Buds Pro also have some Samsung-specific features worth calling attention to: there’s a hands-free Bixby mode, which works exactly as you’d expect, and a Find My Earbuds feature powered by SmartThings Find.

SmartThings Find, located within the SmartThings app , can show you a map of where your devices are, even when they are disconnected and disconnected from Bluetooth. That should give you peace of mind in case they get stolen and, at the very least, help you locate them if you can’t remember where you left them.

Last but not least, if you have multiple Galaxy products, you can seamlessly switch devices with Buds Pro thanks to the Auto Switch feature. This means that the headphones can be used automatically for the phone call and reconnected to a tablet after the call. Once again, to enjoy it you need to have several Samsung products.