Why Tesla could accept BTC again 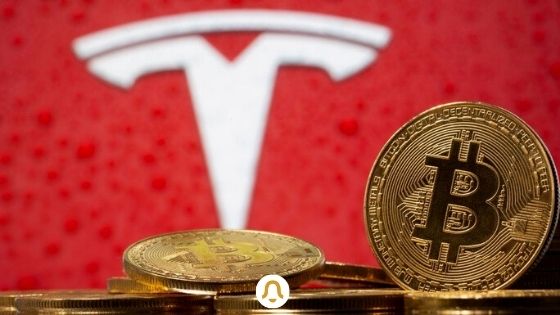 Elon Musk and Bitcoin (BTC), it’s a turbulent story that created an earthquake in February 2021, when the Tesla company revealed that it had bought $ 1.5 billion worth of BTC . There followed an acceptance of BTC as a means of payment for the brand’s luxury electric vehicles, before this possibility was abruptly withdrawn. Could a new turnaround be expected?

Tesla happy with its Bitcoin investments

As we mentioned, when the company Tesla presented its last quarterly balance sheet, the capital gain on its initial purchase of $ 1.5 billion of bitcoins has now exceeded $ 1 billion . And as you might expect, that fact seems to have given Elon Musk and his company much thought .

A new accounting document , filed this October 25 with the Securities and Exchange Commission (SEC), gives some clues about an imminent return of BTC payments for Tesla cars.

Bitcoin and cryptos: an alternative to fiats currencies?

The manufacturer of electric vehicles indeed seems convinced that crypto-assets can play a leading role in the global economy, in particular by replacing the fiat currencies of the States (dollar, euro, etc.).

“We believe in the long-term potential of digital assets, both as an investment and as a liquid alternative to national currencies. As with any investment (…), we will be able to increase or decrease our holdings of digital assets at any time, depending on the needs of the business and our view of market conditions and the environment. (…) “

In addition to accepting Bitcoin for its cars again, is Tesla preparing for other cryptocurrency purchases  ? If high inflation of State currencies threatens the global economy, the answer would logically be yes, concerning Bitcoin and its limited supply.

Bitcoin (BTC) Unsurprisingly, bitcoin established a new ATH. It would be enough to...