NewsAlarmsGlobal Trends and News
BlockchainChina to Add Bitcoin and Cryptocurrency Mining to 'List... 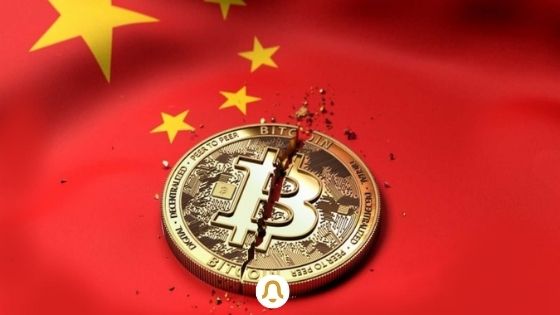 Chinese cryptocurrency investors may soon take another blow. Remember that a few weeks ago, the People’s Bank of China (BPoC) made all cryptocurrency transactions illegal. The market is just starting to recover from this decision when the authorities are already proposing to add cryptocurrency mining to the country’s “list of prohibited activities”. What implications could this have on trade? Answer try in this article!

A decision of the utmost importance

Once again, China has strengthened its position in cryptocurrencies. The announcement published this Friday confirms the policy of repression recently applied to the sector. Indeed, cryptocurrency mining has been added to the 2021 “negative list for market access” project.

It was the National Development and Reform Commission of China, the state planner, that was tasked with issuing the official list that seals the fate of investors. In fact, this list describes the sectors, fields and companies whose activity could have a negative impact on national security, public interest and environment in China.

As the Council of State explains, the “negative list of market access” includes, in its current version,  117 industries . Those that are not on the list will be open to investment for everyone, without any approval being required. Unfortunately, cryptocurrency investors will not have this chance since mining activity will be inaccessible to them.

For now, the Development and Reform Commission is seeking public input on the published negative list. The public comment period runs from October 8 to 14 this year. But the dice are, in a way, already cast.

China’s policy of repression has been running its course since 2019. That year, the government officially banned trading in cryptocurrencies. Until now, it had continued online through foreign exchanges. Gradually, investors and stock exchanges withdrew from this country considered to be one of the largest cryptocurrency markets in the world.

If the list were to be adopted, it would be a major upheaval in the cryptocurrency world. Indeed, China is also proving to be one of the main mining centers in the world, due to its relatively low electricity costs and cheaper computer hardware. As of September 2019, it accounted for 75% of global Bitcoin (BTC) energy consumption .

However, this figure fell back to 46% in 2021 . The impact of the Chinese crackdown on world markets is surprisingly minimal. That said, the latest announcement on September 24th jumped the price of Bitcoin (BTC) by 30%. At the time of writing, the coin is trading at € 48,559.27.

If China’s crackdown was made with a view to weakening the cryptocurrency world, we can say that it will have had the opposite effect. Edward Snowden even finds that it made Bitcoin (BTC) stronger . Moreover, Chinese investors will be the most affected.