Bank of England reveals dark side of CBDCs 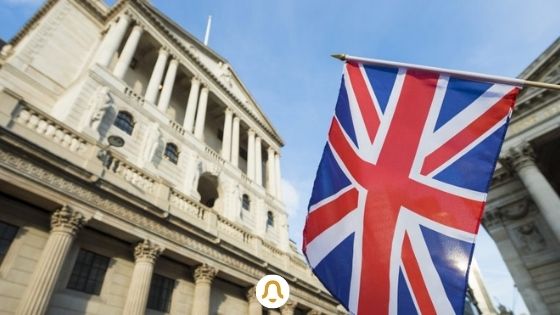 The Telegraph reports that the Bank of England has asked the Minister of Exchequer for permission to make the CBDC “programmable”. The goal ? To be able to control the expenditure of the citizens. Soon there will only be bitcoin to spend money freely …

Bitcoin has many advantages. Fixed money supply, transaction speed, divisibility or even pseudonymity. But there is another that is often overlooked: being permissionless . In other words, no one can stop you from making a transaction in BTC.

Long relegated to the background, this dimension could ultimately prove to be as important as the ceiling of 21 M. Indeed, what is the point of making money if we cannot spend it as we see fit?

Yet this is what to expect with CBDCs (Central Bank Digital Currency). For Tom Mutton , one of the directors of the Bank of England, this currency setting can be a key feature of CBDCs.

The money cannot be spent under certain conditions in order to avoid ”  certain activities perceived as socially harmful  “. ”  This would make it possible to control the way in which social assistance is spent  “.

The offensive began in France with the Minister of Education Jean-Michel Blan quer. The first teacher in France recently criticized the use of the school allowance to “ buy flat screens ”…

The BoE envoy does not say anything else when he argues that ”  the state or the employer will be able to control how the money is spent by the beneficiary  “.

Mutton said: “  This is a really delicate debate. This is not a question that we can decide on our own. It is up to the government to decide the question  ”.

Sir Jon Cunliffe , Deputy Governor of the Bank of England, for his part said that CBDCs can be used to manage pocket money:

“  For example, you could program their pocket money so that it cannot be used for candy.  “

Alexey Zabotkin , the governor of the Russian central bank, used the exact same pathetic example in July during the Cyber ​​Polygon event organized by the Davos Forum ( Klaus Schwab’s club ):

“  Imagine for a second that you could restrict the use of the rubles you give digitally to your children to prevent them from buying junk food. This useful functionality could be declined in a hundred other ways.  “

Another way would be to limit voracious spending on CO2 … Mastercard is already in the running.

The world leader in payments has joined forces with Doconomy to ”  fight climate change  ” with a ”  mobile banking service allowing users to monitor and reduce their carbon footprint  “.

How? ‘Or’ What ? By deactivating the CB card as soon as a certain CO2 limit is reached. Everyone will of course be free to activate this option, but we must be naive not to imagine that this option may one day no longer be one.

Anyway, the negative rate is already shaping up as a parameter of the CBDC. That is to say that instead of being remunerated, savings are tapped. This will not come as a surprise to the Danes since the country’s largest bank, Danske Bank , applies a negative rate on all accounts holding more than 13,500 euros.

In the same vein, note that the Danes are already seeing negative rate mortgage loans . In this case, the negative rate is to the advantage of borrowers who will reimburse a sum less than that borrowed.

It takes that to convince anyone to buy at the top of a real estate bubble. The reason being that if the bubble explodes, the loan to be repaid suddenly becomes much higher than the value of the property. Annoying!

Ultimately, negative rates are die-hard pushing spending and indebtedness to fuel the real estate ponzi scheme from which 60% of the money in circulation comes from (in France). Unfortunately, this headlong rush will not last forever because we are on the verge of decline.

In fact, Helle Kristoffersen , Director of Strategy and Economic Intelligence at Total , stated publicly at the start of the year that 1 / 10th of world oil production will be missing to meet demand by 2025.

This energy cleaver is unsurpassable. This paradigm shift will worsen the decline in per capita income and ultimately the ability to borrow.

Hence the drop in real estate prices anticipated by your servant. This will be exacerbated by the inflation of consumer goods which will push retirees to sell en masse to settle in more modest housing and use the difference to maintain their purchasing power.

Trees do not rise to the sky. The peak oil and climate change lead us to another world. The world of universal income if we are to believe Elon Musk …

The latter thinks that the automation of our professions and the concomitant unemployment will ultimately require a universal income. It is in reality much more the scarcity of the queen of energies which will soon limit the range of available jobs.

In a declining energy world, opportunities are melting like snow in the sun. This is when the ”  universal basic income  ” kicks in. But who can believe for a second that we will be paid for doing nothing while holy spirit fuel robots do the job. Universal income will look more like ration tickets …

In the USSR, ration tickets provided 2.5 kg of meat and one liter of vodka per month. After the Great Monetary Reset, will the programmable currency (CBDC) distributed via the universal income allow the purchase of 2.5 kg soybeans and a liter of drinking water?

Capital magazine was ecstatic on Tuesday about what is now called “living” income:

“  Good news for young Toulouse residents. The department of Haute-Garonne will create a “living income” for young people, which can reach 500 euros per month, from March 2022.  ”

We are coming to the last corner of a monetary system designed to operate on the backs of an ever-growing economy. But distributing CBDCs through universal income will not be a lifeline.

alvadorans are investing more and more in Bitcoin to protect themselves from inflation. Bitcoins purchased with US dollars would exceed...

Binance has regularly destroyed a fraction of its native...

alvadorans are investing more and more in Bitcoin to...
Blockchain

Binance has regularly destroyed a fraction of its native...