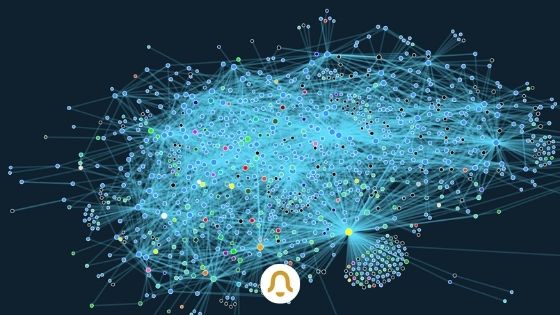 Over the past year, there were 8,000 total nodes on the Lightning Network . And, over time, the trend has quickly improved positively so that today more than 2.1 million people use a wallet compatible with the Li ghtning Network. The interest that many people are showing in this network can be clearly seen in the figures. What justifies it?

Why is the Lightning Network growing?

Men lie, but numbers don’t. What do the numbers say about the interest in cryptocurrencies? According to recent data from Glassnode , the number of nodes in the Lightning network was 15,710. At the same time, the number of channels rose to 72,636, which is a slight decrease from the statistics recorded in the previous one. Mountain peak. Glassnode also notes that the capacity of the channel is over 2,926 BTC.

What is the reason for the considerable growth observed in the sector? Glassnode Insights identified two factors. The first concerns the launch of the cryptocurrency payment service on Twitter . As for the second, it relates to El Salvador.

The growth of the Lightning Network could also be associated with the price of Bitcoin itself. According to an estimate by Bitcoin Magazine , the value of BTC could reach the $ 300,000 mark . Why ? For several reasons. The magazine mentioned the market caps of the global remittance industry, influencer marketing industry, and digital payments markets around the world.

The Chivo portfolio as a growth factor

As we have said: another reason why the network is experiencing great growth is related to El Salvador. Indeed, in this country, President Nayib Bukele relayed some statistics related to the Chivo wallet activated by the Lightning network . According to Mr. Bukele , there is a rate of 65,437 transactions per second and a single transaction can still take several seconds.

Still, in the future, there is a chance that the Lightning Network will grow further, according to professionals. Why ? Because more and more people are using the Chivo wallet . In addition, the Strike API is becoming more generalized.

The Lightning Network is being taken advantage of by more and more people who want to take advantage of its multiple benefits. As a result, it registers a big growth. This is due to several factors, including the development of the Chivo portfolio in El Salvador.