NewsAlarmsGlobal Trends and News
BlockchainTexas opens its doors to miners driven out by... 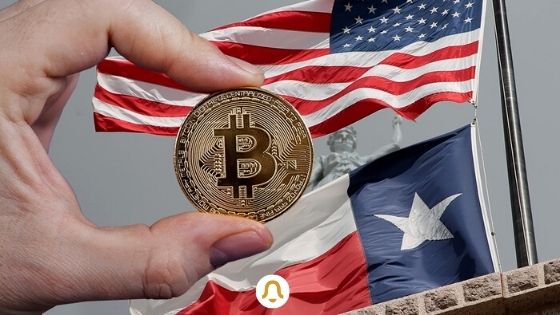 If nature abhors a vacuum, this principle also applies to the cryptosphere. Forced to leave China in the face of the country’s new restrictive measures , bitcoin miners could quickly find themselves a new point of fall. This is what is offered to them in particular by the State of Texas in the United States, which is gradually putting in place a legal framework favorable to cryptocurrencies. However, it will have to face competition from neighboring states which also intend to profit from the migration of minors.

A governor and pro-crypto laws as main assets

As the latest events in China have shown, the practice of cryptographic activity in a territory is subject to the favorable opinion of its authorities and its compatibility with the laws in force there . These two essential conditions now seem to be met in Texas to the delight of bitcoin miners. Indeed, State Governor Greg Abbot and his government have always openly expressed their support for cryptocurrencies. To this end, they have put in place a legal framework that is flexible enough to attract investors from the crypto space . Two bills signed by Governor Abbot illustrate the hand extended to cryptocurrency miners.

HB1516 The law has enabled to make legal cryptomonnaies Texas and this since 1 st last September . With Law HR 4474, the State has set up a working group on blockchain technology. These members come from both academia and local government. With these two laws, the use of cryptocurrencies as a means of payment is now legally recognized in Texas . As a result, all state banking structures are now allowed to hold cryptocurrencies and transact with them. The arrival of minors in this environment would therefore be the last step to be taken by Texas.

The unexpected helping hand from China

Despite the favorable conditions cited above, Texas was far from being as attractive a destination for miners as China . The latter has the advantage of offering low energy costs for the practice of cryptocurrency mining. This parameter has also made the country the hub of activity for many years . Unlike Texas, China has changed its policy approach on cryptocurrencies causing investors to flee the sector.

In search of a new territory to relocate their activities there, Chinese miners should consider with great interest the alternative proposed by Texas. Seeing the opportunity of the great migration underway, the latter decided to catch up on China. The Texan authorities are now highlighting the abundance of a low-cost electricity supply on the spot . They were also imitated by their colleagues in California, Florida and Colorado.

If the American states step up actions to become the next poles of cryptocurrency mining, they will also have to satisfy the high labor intensity that this implies. However, investors in the sector can already be delighted to find legislation favorable to their activity.