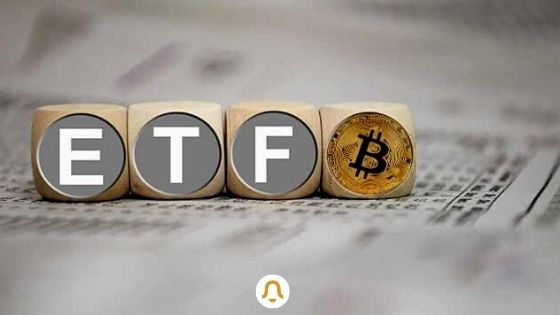 The US Securities and Exchange Commission (SEC) has not rejected (and therefore approved ) ProShares Trust’s request to launch the first Bitcoin-based futures exchange-traded fund (ETF) (the ETF Bitcoin Strategy ). The underlying asset of the fund will be Bitcoin futures on the Chicago Mercantile Exchange (CME).

ProShares Trust has updated its prospectus to indicate that approval to trade the Bitcoin Strategy ETF will take effect on Monday, October 18. The fund will be launched on the NYSE Arca platform under the ticker BITO.

Bloomberg analyst James Seyffart also tweeted that the ProShares ETF could launch on Monday. He noted that the mention of investing in Canadian Bitcoin ETFs has disappeared from the updated prospectus. The SEC would like the Bitcoin ETF’s offerings to be based solely on US futures.

The crypto community is divided between those who are genuinely happy with Bitcoin’s new victory , albeit in such a regulated format, and those who are rather pessimistic and believe that the approval of the Bitcoin Strategy ETF is the result of the fact that the SEC did not respond to ProShares’ request in time.

The Block portal journalist Frank Chaparro drew attention to the fact that technically the SEC has not given the green light to the new product, but simply did not reject it in time, and that thus the request was approved in accordance with federal law.

” Technically, the SEC does not approve or give the green light to [the Bitcoin Strategy ETF application], ” he wrote on Twitter.

The next ETF approved (or not rejected by the SEC ) could be the Valkyrie exchange-traded fund. The deadline for reviewing the application is October 25.

An exchange-traded fund (ETF) is a type of investment fund that includes a specific asset or basket of assets and issues securities that reflect changes in the cost of that asset.

If approved, the Bitcoin ETF will allow investors to access the market using traditional exchange platforms without having to own the cryptocurrency. The Bitcoin ETF promises to be a much sought-after tool. Now that role is played by the product of Grayscale Bitcoin Trust (GBTC). Only accredited investors have access to the GBTC.