NewsAlarmsGlobal Trends and News
BlockchainBlockchain GuideBlockchain and crypto: What is the hashrate? 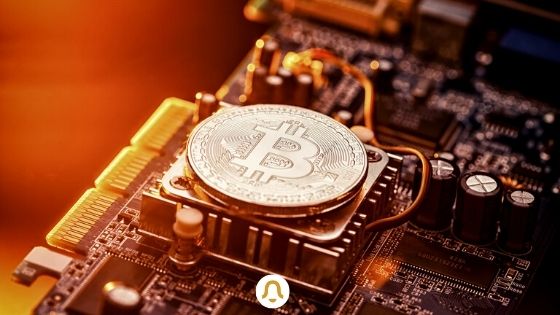 The hashrate is an English term for the mining power of a computer. In French, we can find the expression hash rate or hash rate, even if the English name is very often used as is often the case in cryptocurrencies.

What are the factors that increase the hash rate?

The rate of hash needed to mine a cryptocurrency essentially depends on the number of people who perform mining actions on the asset in question. Thus, the more miners there are, the more difficult the competition will be and the more computing power will be needed to solve an operation or validate a block.

Usually, the number of miners increases when the value of a digital asset increases, since it is possible to get more money for the same job. But as a result of competition, the cost of electricity needed to run mining equipment is also increasing.

If these expenses in electricity can be harmful for the environment, this has the merit of reinforcing the security of a blockchain because it is necessary to use much more computing power to carry out a given operation.

What are the factors that lower the hashrate?

Similarly, the hashrate decreases when the profitability of the cryptocurrency drops. For example, no one is going to spend more money on electricity than can be earned by reselling the mined cryptoassets.

When the prices of a digital asset collapse, unprofitable miners prefer to stop trading and try their luck in another currency. Usually, only people who live in a country where electricity is cheap can still be profitable.

However, when the price of a crypto decreases, the hash power required to successfully mine these digital currencies also decreases, which allows miners who were not profitable at time X to become profitable again and therefore to be profitable. ‘deal again with securing the network.

Conclusion on the hashrate

Generally, the newer the computer hardware, especially graphics cards, the greater their hash power. Over time, therefore, it is necessary to constantly update its hardware in order to reduce electricity costs and be able to remain competitive with other miners.

It should be noted that the hashrate only makes sense on cryptocurrencies that can be mined, which is generally called “coin”. Regarding “tokens”, that is to say tokens that use another blockchain to operate, they are not affected by this hash rate since we generally have to mine the native cryptocurrency of the network, as per example ether with regard to ERC-20 tokens.