NewsAlarmsGlobal Trends and News
BlockchainBlockchain GuideBlockchain and Crypto: What is a fork? 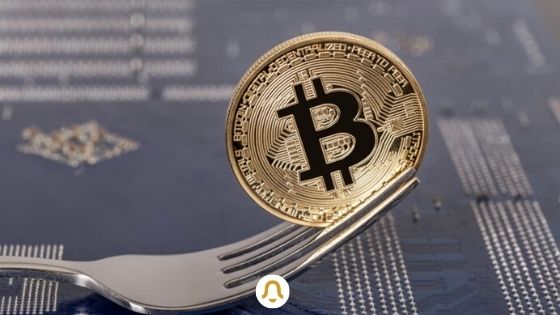 The term fork comes from English and has nothing to do with its French translation “fourchette”. In the world of cryptocurrencies, we use the name fork to designate a blockchain that separates into two different entities from a certain block in the case of a “hard fork” or undergoes an important update on all its network in the case of a “soft fork”.

In this article, we are going to focus on the “hard fork” which we will call by abuse of language quite simply “fork”, since a “soft fork” can be considered as a simple update of a blockchain.

Why do forks happen?

First of all, it should be noted that some blockchains cannot be forked because of their design. For these, there is therefore no reason that could cause such an event to occur.

When it comes to blockchains that have the possibility of being forked, there are mainly two different reasons that can cause the chain to split in two:

· The hodler tokens do not all agree on the evolution of the project. When it is not possible to reach a compromise, the project then splits into two different chains which will therefore evolve independently;

It could be that the blockchain has suffered an attack in the past and some people want to go back in order to rectify this problem, while other users deny this absolutely because the blockchain should never be changed. In this case, the blockchain can split into two, one going back to the past, the other not.

In the majority of cases, a fork occurs when too large discrepancies appear between the members of the project, the second case being much rarer.

How does a fork work?

Not all forks work the same. For example, some may occur when reaching a certain block, while others on a fixed date or when a special event has occurred.

What are the most famous forks?

Many forks have already taken place. However, we’re only going to mention the three that we think are the most iconic:

The most famous is probably the fork held between Bitcoin and Bitcoin Cash which took place on 1 st August 2017. The origin of the fork goes back to a discrepancy between the community members on the size that the blocks should have.

The second most iconic fork is the one that took place on the Ethereum network following the hack of The DAO. Some members of the community then wanted to go back in order to correct this, while others did not want the blockchain to be changed. On July 20, 2016, the project then split in two, with Ethereum Classic (ETC) deciding to stay with the original blockchain and Ethereum (ETH) deciding to come back just before The DAO was hacked.

Conclusion on the fork

Forks take place when too large divergences prevent members of a community linked to a cryptocurrency from reaching a compromise on its evolution or when a serious event has occurred.

Some forks are successful and get to become more popular than the original cryptocurrency, but in the majority of cases it is the digital asset that existed first that keeps the bulk of the community by its side as investors typically have more affinities with the basic project.