What is Ethereum (ETH), Ethereum Classic (ETC) and Ether? 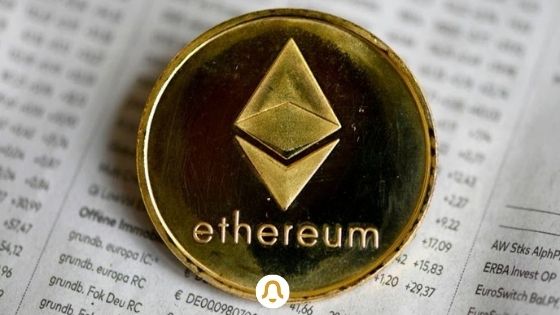 When you are new to cryptocurrency, you can easily confuse several terms that are similar and which at first glance seem to mean exactly the same thing. This is generally the case when talking about Ethereum, Ethereum Classic and Ethereum.

Since a lot of people make mistakes using these names, it helps to define them correctly so that you don’t make any mistakes when using them.

Ethereum, the first functional blockchain to use smart contracts

Ethereum came into being in July 2015 and is currently the second most capitalized cryptocurrency on the market. If this digital asset is so capitalized, it is not by chance. Indeed, it was the first to allow the use of what are called smart contracts, or smart contracts in French.

Since the explanation of how smart contracts work fully requires a full article, we will roughly summarize its usefulness. It is actually a piece of code that is programmed on the Ethereum blockchain and that runs automatically when specific conditions are met.

Thanks to these smart contracts, it is possible for example to carry out an ICO automatically. It is also thanks to the Ethereum network and its ERC-20 tokens that many projects have emerged in the industry.

What is Ethereum Classic?

The origin of this separation, a fork as it is called in the middle, is due to the hacking of The DAO, a decentralized organization where ethers were sent in order to be able to support the development of the Ethereum project over time. At the time, this theft was worth around $ 50 million.

Following these events, friction erupted within the community. Indeed, some people have suggested that it is necessary to go back on the blockchain, just before the hack, in order to reverse the consequences of it. However, other people categorically refused this. According to them, everything that is written on the blockchain must remain there and must not be modified.

Faced with irreconcilable opinions from members of the Ethereum community, the project then split in two starting from the 1,920,000 block. Supporters of a rollback then kept the Ethereum name, while people for whom the code could never be changed used the Ethereum Classic name. Since that date, the two projects have developed independently of each other.

Now that we have seen the differences between Ethereum Classic and Ethereum, it is worth talking about the cryptocurrency that allows the payment of transaction fees on the network, namely ether. The name of this cryptoactive is identical, but the abbreviation for the token is different. On Ethereum Classic, we use ETC, while on Ethereum, we use ETH.

However, it should be noted that many people, even on specialist sites, make mistakes when using the term Ethereum to refer to ether. While we can easily understand what this is about, it is not technically correct to mix these names.

Nowadays, the capitalization of ETH is much higher than that of ETC. This is related to the fact that most of the programmers decided to continue their adventure on the Ethereum network rather than staying on the Ethereum Classic one. As a result, many features were able to appear more quickly, which reinforced the usefulness of the ETH token, which therefore saw its value soar.

There you have it, we hope these explanations of the differences between Ethereum, Ethereum Classic, and Ether have been clear enough that you won’t make any mistakes in the future when you use any of these terms, although some specialized sites still make some mistakes on the subject.

The two crypto assets kept their ether name, but their symbol is different depending on the blockchain on which they are functional. So don’t be fooled into wanting to buy ETH or ETC if either of these two projects interests you.