NewsAlarmsGlobal Trends and News
CoronavirusThis is what we know about the coronavirus vaccination... 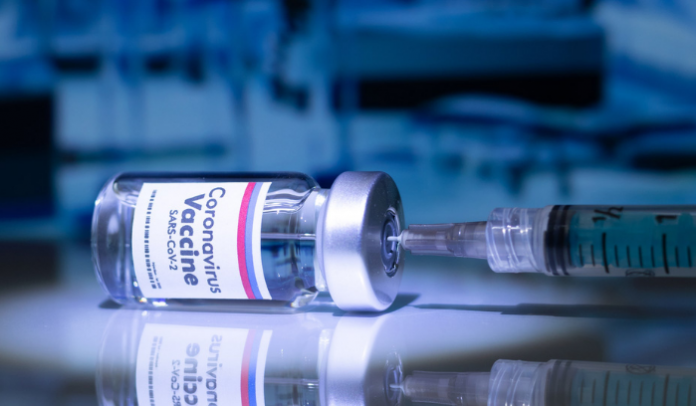 Mexico is already beginning to administer the coronavirus vaccine in the country and AMLO and a few months ago the secretary and undersecretary of Health, Jorge Alcocer and Hugo López-Gatell detailed the vaccination plan that will be carried out in the coming months.

England has already administered its first vaccines, a 90-year-old woman who became the first person to receive it, but more countries joined the list quickly and over the next few weeks and months more and more people will have the opportunity to receive the vaccine with in order to be able to return to normal slowly and safely.

“Today we are going to dedicate it basically to talking about the vaccine, that is the purpose, the plan that we have in general, Dr. Jorge Alcocer , Dr. Hugo López-Gatell and Marcelo Ebrard are going to present it, ” he said. the president at a live conference.

López-Gatell explained that the vaccination plan not only has to do with scientific issues, but with the correct use of the coronavirus vaccine and the best way to use resources in a fair and effective way.

Who will be the first to receive the coronavirus vaccine?

Dr. López-Gatell explained that “there must necessarily be a prioritization” in the Mexican health plan, this means that the first on the list are health workers , followed by people aged 80 and over, 70 and over, 60 and over, 50 and over, 40 and over, population under 40, who will be the last to receive it In addition, members of the Armed Forces will also be among the first to receive it.

“Health professionals, vulnerable groups, people over 60 and of course the population (…) Also (the Armed Forces) are areas of importance within the Government,” said Alcocer.

According to the plan, what is to be achieved is that, by the end of 2021, around 75% of the population aged 16 and over will already have the coronavirus vaccine.

When does the vaccination campaign start?

According to what is explained in the plan, the first stage will take place between December 2020 and January 2021 (for health workers), the second will happen between February and April (for the remaining health workers and people aged 60 and over), the third will take place between April and May (for people between 50 and 59 years old), the fourth will be between May and June (for people between 40 and 49 years old) and finally it will be held a fifth stage between June 2021 and March 2022, where the rest of the population will be vaccinated.

The first stage of vaccination , which begins in the third week of December, will consist of the application of 125,000 vaccines from Pfizer laboratories (which claim to be more than 90% effective) for health personnel who have direct contact with Covid-19 Through his patients, this will be in Mexico City and Coahuila.

The vaccine that will be used, from Pfizer , requires that each person receive two doses with a difference of 21 days, so the first block will have 250 thousand doses corresponding to 125 thousand schedules. Marcelo Ebradr confirmed that Mexico is one of the first countries to have the coronavirus vaccine and that this represents a great achievement for the country.

If you still have doubts, doctors have already dispelled some myths and doubts about the vaccine , explaining that it is safe and necessary.

Where will the vaccine be applied?

The available doses will be sent to different parts of the country, and in CDMX there are already several hospitals where it is being administered and will continue to be done.

In the Secretariat of National Defense (Sedena):

In the Secretary of the Navy (Semar):

In the Ministry of Health (Ssa):

When can you get vaccinated?

The first stage began with 250 thousand doses ,  194 thousand will be destined to the capital and 56 thousand in Coahuila. Vaccination days are from Monday to Sunday from 08:00 am

A study published in The Lancet confirms its effectiveness at 91%. The...
Coronavirus

Talking for a long time without a mask in a public...
Coronavirus