NewsAlarmsGlobal Trends and News
CoronavirusCovid, what we know for now about the Russian... 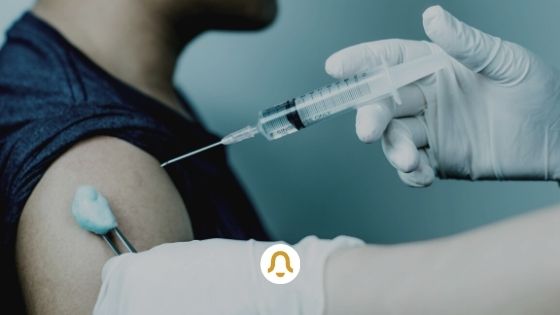 A study published in The Lancet confirms its effectiveness at 91%. The Russian authorities approved it months ago. Angela Merkel: “All vaccines are welcome in the European Union”

The Russian-made Covid vaccine Sputnik V is 91% effective in preventing the disease. This is what a study published in the medical-scientific journal The Lancet revealed , the first of such relevance regarding the vaccine developed by the Russian Gamaleya institute. Also according to published data, the vaccine is effective in 87% of cases already after the first dose. In the fight against the Sars-CoV-2 virus, vaccines have a strategic value. Moreover, Sputnik V was the first to be authorized last year for a vaccination campaign after the green light of the Russian authorities. However, it is not in the range of those adopted by the EU. Several non-European nations were instead interested in Sputnik V.

The arrival in Europe

There has been no shortage of voices in Europe that have raised the question of whether the possibility of using the vaccine developed in Russia had been neglected for geo-political reasons that should have nothing to do with public health. Now Chancellor Angela Merkel said, on Tuesday in an interview with the public broadcaster ARD, in reference to the “good data” that emerged on Sputnik V, that “all vaccines are welcome in the European Union” provided they are approved by the EMA. the European Medicines Agency through which all the vaccines and medicines to be conferred for use by EU countries must necessarily pass.

The European Commissioner for Health, Stella Kyriakides, specified on request that if the Russian manufacturer “requests authorization from the European Medicines Agency” for marketing in the EU, the vaccine “will follow the same evaluations as the others”. The owner of the Italian health department, Roberto Speranza, also said : “We must not be afraid of the origins of vaccines, what is important for us is the Ema passage”. For her part, the Spanish Minister of Health Carolina Darias said that the Iberian government would be “open” and “enthusiastic” to use Sputnik V: Madrid intends to push the accelerator of the campaign until 70% of the population have been vaccinated by summer.

In addition to Germany, France has also opened up to the possible use of the Russian vaccine, after the publication of positive scientific data on its effectiveness, once the vaccine has obtained the green light and approval of the European Agency . Up to now, Hungary has moved forward within the EU and has authorized the use of Sputnik V without waiting for the EMA’s pronouncement and has just received a supply of 40,000 doses. Mexican media reports that the Federal Commission for Protection Against Health Risks has approved the use of the Sputnik V vaccine and Mexico plans to purchase between 7 and 12 million doses.

The opinion of scientists

The study published in The Lancet involved over  20,000 peoplein phase 3, the most advanced. About 16,000 people received the two doses, just over 5,000 the placebo. Analyzing over time who developed the symptoms of the disease, the study concluded that compared to 16 positives for the virus in the vaccine group and 62 in the placebo, Sputnik V is effective in preventing symptomatic disease in 91% of cases. A result certifying the validity of the method used by Russian researchers who immediately included Sputnik V among the vaccines to be taken into great consideration in the fight against the coronavirus. Vaccines now approved in Europe (Pfizer-BioNTech, Moderna and AstraZeneca), and used for vaccinations, have been shown to significantly reduce the chances of vaccinated people developing symptomatic Covid-19 disease.

How does it work

It is explained by experts that vaccines can be produced with several equally effective approaches. It is only a question of method. Unlike mRNA vaccines (such as Pfizer-BioNTech and Moderna), Sputnik V uses – like other vaccines, the AstraZeneca one for example – viral vector technology  , as explained in a note on the website of the Umberto Veronesi Foundation. In both cases, the ultimate goal is to make the immune system produce antibodies directed against the Sars-Cov-2 spike protein , the one that the coronavirus uses to penetrate the body. In the case of viral vectors, this type of vaccine is based on a harmless virus (the box) containing a small portion of DNA that is used to produce the spike protein .

The Sputnik vaccine – is the note from the Umberto Veronesi Foundation- uses two different “boxes”. The first injection uses the Ad26 virus for the first dose and Ad25 for the second, 21 days after the first. A choice, that of using two different vectors, useful to reduce the risk that, after the first dose, the organism produces antibodies against the first “box” with a consequent reduction in the effectiveness of the vaccination. The Sputnik V vaccine – it is explained – is essentially the combination of two vaccines. Precisely for having used two different vectors, several clinical tests are being studied aimed at verifying whether the combination of different approaches (adenovirus + mRNA, different adenoviruses between first and second dose) leads to an increased efficacy of vaccination in the belief that

Talking for a long time without a mask in a public...
Coronavirus

Mexico is already beginning to administer the coronavirus vaccine in the...
Coronavirus