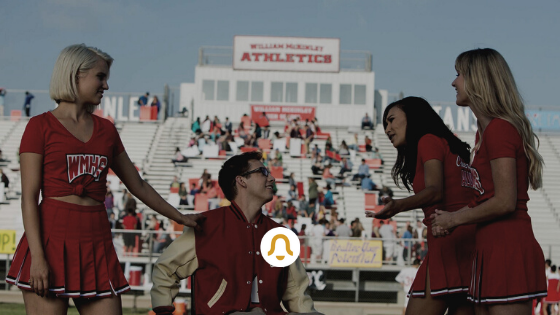 More chapters of WandaVision, original films and series that you missed from television join the catalog.

Every new month comes with a new list of streaming premieres and Disney Plus is no exception.

January brought us the premiere of WandaVision , a series that moved completely away from the classic Marvel style to tell one of its craziest and saddest stories, films like The One and Only Ivan, with Bryan Cranston and Sam Rockwell, and the series of short films with the most famous animated characters, Pixar Popcorn , but Disney has big plans for this year and each month will have a series of great options to be glued to the screen.

Probably the most important of the month on Disney Plus is that it brings us closer to the end of the Scarlet Witch and Vision series (which opens the first weekend of March), which will reveal many more details about what is happening with the characters , its alternate reality and the way the story connects with the rest of the MCU movies, mainly the Doctor Strange sequel (which will take us to a crazy multiverse that will most likely start here) and the new Spider movie -Man that, according to rumors, will have the presence of Andrew Garfield and Tobey Maguire , who will resume their versions of Spider-Man.

WandaVision may be what has us all pending on the Disney platform for now, but there are many more things that are worth having on the radar, one of them is the film Flora and Ulysses with Alyson Hannigan, Kate Micucci and Ben Schwartz , a family movie about the adventures of a girl and her superpowered squirrel.

Another important premiere is The Chosen of Glory , a production adapted from Tom Wolfe’s book that tells the story of the first men who were part of the United States program to carry out space missions and eventually put the first man on the Moon.

Among the classics that are back we have Glee , the Ryan Murphy series that focused on a group of students who were part of the school choir and that gave rise to the careers of Lea Michele, Naya Rivera and many others. Glee comes to Disney Plus with 6 seasons full of covers of the most iconic songs (in case you need a series to stop thinking and lift your spirits).

For lovers of nature and animals comes the third season of Veterinary Secrets , which takes us once again to the Columbus Zoo and Aquarium, and to The Wilds Park, which houses more than ten thousand animals on an area of ​​5,800 hectares. The series focuses on the team that must feed, care for and treat the animals on a daily basis, in addition to attending a hundred births and medical cases each year.

And for science fans we have Amazingly , a series that explores the functioning of the brain in everyday life and the complex neural processes that are carried out every moment through games, tests and scientific studies with the help of the great experts.

Are you looking for something for the little ones? Clarilu’s Garden, Michey Go Local, and Art Attack are the best options and are sure to keep them busy for hours (so you can work quietly for a few moments).

Movies that premiere on Disney Plus

The youngest daughter of the great tech-guru and founder...
Entertainment

Developed by showrunner Lauren S. Hissrich with the literary...