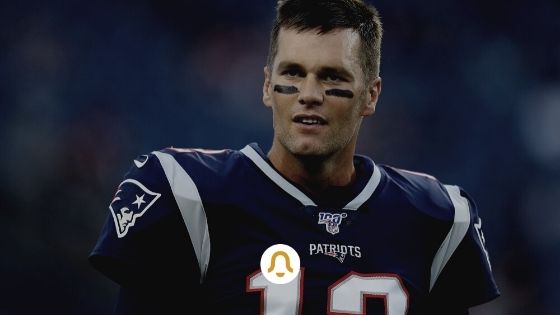 The diet of Tom Brady may be striking and somewhat strict for some. However, that has allowed him to reach his 10th Super Bowl at age 43 and avoid major injuries during his career.

Tom Brady is a machine. At 43 , the star quarterback has not only defied the odds, but has beaten them with spectacular style. Others his age would have retired years ago , or at least suffered the problems of physical decline before inevitably leaving. But they are not Brady. Rather, Tom Brady seems to get better with age , and since last week, he’s going to the Super Bowl for the 10th time.in his career thanks to leading the Buccaneers to victory over the Packers, 31-26. It was a devastating blow to the Patriots, the team Brady had largely led for most of his career. In his first year off the team, Brady accomplished what many thought was impossible and the Patriots were watching the playoffs from home for the first time since 2008.

While Tom Brady’s status as the greatest of all time can hardly be disputed, it’s not surprising that the quarterback fuels his body with only the best food, like a sports car opting for that premium oil for a tune-up. In his book The TB12 Method , Brady explained his approach to the diet, writing: “The regimen that I follow is a mix of Eastern and Western philosophies . Some of these principles have existed for thousands of years. My nutritional regimen may seem restrictive to some people, but it is not natural for me to eat otherwise. “

Brady added: “Many people have conditioned their bodies on a nutritional regimen consisting of many white or pale-looking foods (chips, white bread, chicken nuggets) that do not exist in nature .”

In a recent interview with Men’s Health, Brady further explained his diet, distilling how much he drinks and eats on a typical day . Surprisingly, it is not as strict as you might think, but there is great willpower involved when it comes to its hydration. Man consumes water as if his life depended on it. Here’s everything Brady eats and drinks to keep his body ready to fight as the best quarterback in football.

Most of us drink coffee upon waking, but the first thing Brady does is drink a 20-ounce glass of electrolyte-infused water . Then he drinks a smoothie that usually contains blueberries, bananas, nuts, and seeds.

During his 8 a.m. workout, Brady drinks even more electrolyte-infused water, followed by a post-workout protein shake . In one day, Brady drinks between 12 and 25 glasses of water a day

Brady’s focus is on l os alkaline foods . If that makes you raise your eyebrows, these are simply foods that decrease inflammation in your body . P ara lunch, eat fish and vegetables , and personal chef even revealed that 80 percent of what the Brady family are eating vegetables.

That said, Tom Brady is not as strict as most imagine . He said: “I have a friend who gets on his nerves if this or that is not the most organic, and I tell him:” That stress is going to hurt you much more than eating that potato chip.

While you can introduce changes, for the most part Brady’s diet is fairly routine, consisting of pre-workout banana and berry smoothies ; avocado and eggs for breakfast; salads with nuts and fish for lunch; hummus, guacamole, or mixed nuts for snacks; and roasted vegetables and chicken for dinner. Favorite snacks include grapes, blueberries, apples, pears, bananas, and greens like cucumbers, kale, and spinach.

For Brady, if he’s going to indulge himself, it has to be worth it. “ If I feel like bacon, I eat it. The same goes for pizza. You should never restrict what you really want. We are human, and we only have one life, ”he told Men’s Health.

“What has changed as I get older is that if I want pizza, I want the best pizza. Not like one that tastes awful and then asks me, ‘Why am I eating shitty pizza?’ According to the NFL star, his favorite cheat food is chocolate , specifically UnReal Candy.

It may not make you a legendary quarterback, but you can’t say that Brady hasn’t given you the keys to fuel your body in the best possible way.