NewsAlarmsGlobal Trends and News
MoneyThe 5-hour rule to be as successful as Elon...

The 5-hour rule to be as successful as Elon Musk, Bill Gates & Co. 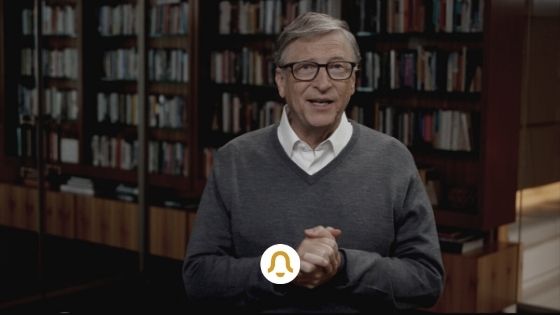 The 5-hour rule is a simple but effective way to boost your career – and the most successful businessmen of our time like Elon Musk, Bill Gates and Mark Zuckerberg swear by it!

With the 5-hour rule, Elon Musk, Bill Gates & Co. became successful – and this is how it works!

The five-hour rule is dedicated to a topic that is extremely important to many people: the path to success. Thousands upon thousands of self-help books, costly motivational seminars and lectures have started here. New strategies, principles and plans are published again and again in order to find career happiness as quickly as possible. (Also Read: Bill Gates’ Home Office Tips: How To Be More Productive)

What is the 5 hour rule?

Of all things, it is a rule over 300 years old that billionaires like Microsoft founder Bill Gates, Facebook boss Mark Zuckerberg and Tesla CEO Elon Musk adhere to.

The five-hour rule was established long before the internet, cell phones, social media, and even the first personal computers. It comes from Benjamin Franklin, one of the founding fathers of the USA. Franklin lived from 1706 to 1790 – and adhered to an iron rule: He devoted himself one hour a day, five days a week, consciously to learning and thus further education. (Also Read: How to Make Money Investing Like Elon Musk)

A number of the most successful businessmen of our time also adhere to this. As “Business Insider” reports, major investor Warren Buffett is said to read up to six hours a day – daily newspapers. Bill Gates, on the other hand, reads 50 books a year , Mark Zuckerberg reads one book in two weeks. Elon Musk, founder of Tesla, SpaceX and PayPal, is said to have read two books a day as a child.

5-hour rule: how to implement it step by step

Learning new things – regularly and in a structured manner: You don’t have to be Bill Gates to get a lot of benefit from this strategy. There are a few tips you can use to make regular learning easier. It is important to plan exactly what you want to learn. So, in the first step, put together a reading list (you can start with Bill Gates’ recommendations, for example), find out about related topics, and get the relevant literature.

But not only how and what, but also when you learn is essential. It is best to take enough time. For example, if your daily schedule allows, you could schedule an hour at the same time each day. Build up a learning routine – and get feedback. Write down questions that arise during the learning process. And because it is well known that taking a walk is the best way to think: After the lesson, take a stroll outdoors and think about what you have just learned and let it sink in.