NewsAlarmsGlobal Trends and News
EntrepreneurshipLottery for people, dream of going into space with...

Lottery for people, dream of going into space with SpaceX 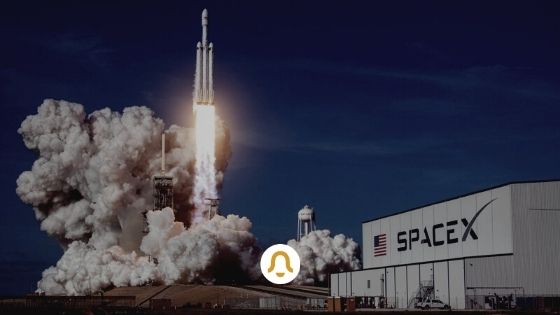 Elon Musk and SpaceX have announced the first space travel dedicated to civilians. It will be called Inspiration4 and will start, as the same company declares in an official note , not before the fourth quarter of 2021. “In addition to astronauts for NASA, Dragon (the orbital transport capsule) was also designed to transport commercial astronauts in Earth orbit . The first mission entirely dedicated to commercial astronauts will start from NASA’s historic Kennedy Space Center in Florida, ”says SpaceX.

Space mission but with normal men

The mission crew will be financed and led by Jared Isaacman , founder and CEO of Shift4 Payments , a 37-year-old billionaire who is already studying as a pilot and astronaut. The billionaire founder of the technology platform for payments and online transactions will cover the costs of the mission, without revealing the final bill. But the incredible thing is that the billionaire who rented the SpaceX spaceship decided to donate the available seats, three in addition to his, to ordinary people, without specific preparation. Of course, the Inspiration4 crew will receive training from SpaceX, starting with the operation of the Falcon 9, up to how to operate in micro gravity, zero gravity and other conditions, including critical ones, for emergency preparation and partial and complete mission simulations. In short, an accelerated astronaut course.

Falcon 9 will launch @NASA’s SPHEREx mission – which will collect data on more than 300 million galaxies and explore how the universe began – from our launch site at Vandenberg AFB as early as June 2024 → https://t.co/QLwfmWAPQu pic.twitter.com/f34oBHGSWK

The Inspiration4 mission has an underlying charitable purpose. The two vacancies can be won as part of a charity raffle that aims to donate $ 200 million to St. Jude Children’s Research Hospital in Memphis (tycoon Isaacman himself has already donated $ 100 million). One of the seats in Space X’s Falcon 9 shuttle will be reserved for a lucky hospital health worker.

Anyone can be one of the lucky space travelers, just make a donation to St. Jude Children’s Hospital or start an e-commerce business using the Shift4Shop platform, specifying business objectives through social media by following the instructions on the initiative website . To be able, any man will need to meet certain criteria: be at least 6 feet tall, weigh less than 110 kilos and pass some psychological and physical tests. In this regard Elon Musk recently said, “If you can do an intense roller coaster ride, you should be fine to fly Dragon.”

The journey into Earth orbit, SpaceX explains, will last several days and will follow a personalized and monitored flight path at each stage. Upon completion of the mission, Dragon will re-enter Earth’s atmosphere for a freshwater landing off the coast of Florida.
“Traveling at over 17,000 miles per hour, the crew will conduct experiments designed to expand our knowledge of the universe. The 365-pound load capacity of Crew Dragon will be assigned both to the essential elements of the crew and to the scientific equipment dedicated to research and experimentation on micro gravity ».