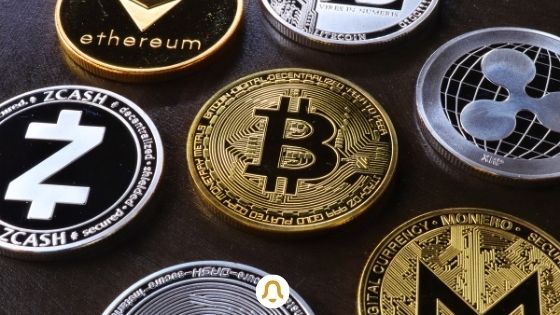 The Chairman of NatWest Bank and former Deputy Governor of the Bank of England compared cryptocurrency trading to the gates of hell.

“As far as I can tell, it’s a gambling game with a sort of libertarian bias. There should be a big sign on the door saying: “You who come in, leave all hope!” Said Sir Howard Davies, quoting the 14th century poet Dante. The inscription was painted on the gates of hell in the poem “The Divine Comedy”.

Davies shared those comments, along with his take on a number of topics, including China and the way out of the pandemic, during a televised debate for the Center for the Study of Financial Innovation.

Cryptocurrencies as a worry factor

He said he was “very concerned” that more people in the UK are holding cryptocurrency assets while neglecting stocks.

Last year, he described himself as “very hostile” to cryptocurrencies and said they were a major concern at NatWest. In April, the bank said it would refuse to serve customers who accepted cryptocurrency as a form of payment.

He said he supports China’s recent cryptocurrency ban, even though he does not agree with all of Beijing’s regulatory measures. Recall that China recently banned cryptocurrency transactions and mining in the country, and banned foreign exchanges from providing services to its citizens.

Howard Davies said he saw the value “in deciding to ban this damn thing. Why do you care. ”

We can also note the general unpreparedness of the inhabitants to switch to cryptocurrencies. Remember, for example, El Salvador’s decision to make Bitcoin (BTC) legal tender, it provoked an immediate reaction from citizens, who set fire to cryptocurrency machines and organized a protest march.

Cryptocurrencies have also faced increasing pressure from regulators outside of China. Last week, South Korea suspended around 60 cryptocurrency platforms in the country until they were assessed by the financial intelligence service.

The new chairman of the United States Securities and Exchange Commission, Gary Gensler, also said that cryptocurrencies were “rife with frauds, scams and abuse in certain applications” and that he wanted more powers. to oversee this asset class.

According to a recent research report from GlobalData, cryptocurrencies will come under even greater regulatory pressure in the near future.

When it comes to predicting the future of cryptocurrencies, there are two diametrically opposed views, some experts predicting that “this bubble is about to burst”. Others think we are witnessing a new era in the economy. Anyway, there are very few indifferent people on this subject. Time will tell what the outcome of this phenomenon will be.