NewsAlarmsGlobal Trends and News
BlockchainThe Dark Side of Cardano (ADA)

The Dark Side of Cardano (ADA) 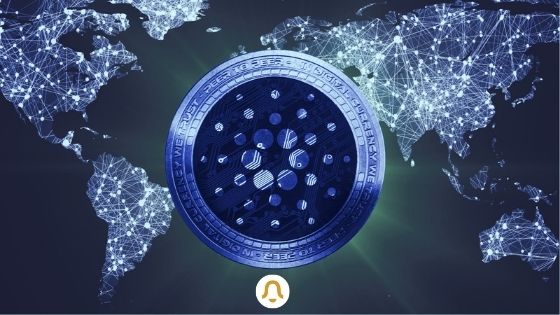 The Cardano project had the wind in its sails until the Alonzo update , which brought the first bricks to build smart contracts on this blockchain network. The price of ADA even briefly hit $ 3 in late August and early September. But beyond promising innovations, Cardano also has a darker side.

The Alonzo fork and its smart contracts, a disappointment?

In early July 2021, Cardano’s native token , ADA , saw its prices soar to new heights never reached before. It is also this auspicious moment that the company Grayscale Investments has chosen to announce that it is adding the ADA to its crypto-investment funds .

It must be said that the cryptosphere was eager to discover the potential of smart contracts , finally implemented on Cardano by its Alonzo update . Unfortunately, all did not really go as hoped by many, and smart contracts are still very rare on the blockchain founded by Charles Hoskinson .

A recent detailed report from Grayscale on Cardano’s strengths and weaknesses highlights some shortcomings. And we find there precisely its weakness in terms of development of decentralized applications (dApps), due to the late deployment (and still under construction ) of its smart contracts.

As this analysis reminds us, Cardano seeks to differentiate itself from other blockchains by emphasizing “an approach consisting of doing things right the first time” . This, using a development model based on “academic research, peer review, and formal verification security” .

But this vision, which we can consider as laudable at the base, also constitutes paradoxically “its greatest weakness” , because according to the experts of Grayscale, this generated compared to its competitors:

All is not gloomy for the future of Cardano

Beside that, Grayscale also details the qualities (current or future) that have led Cardano to rise to the 3rd place of the most capitalized cryptocurrencies, behind Bitcoin (BTC) and Ethereum (ETH).

Since implementing proof of stake and staking in late July 2020, the network has seen the equivalent of $ 1.6 trillion in total transaction value on its blockchain.

The network already processes more than 115,000 transactions per day , which represents a + 1200% increase in its use since the start of 2021, and is now estimated to have around 2.8 million monthly active users .

Finally, even if there are still very few dApps currently in operation on the main network, thousands of applications are under development, some of which are ready to be launched with the future evolutions / improvements of smart contracts on Cardano. .

So, even if the blockchain imagined by Charles Hoskinson still has a lot to prove to start competing with Ethereum, many development partnerships have been forged. This heralds so many projects just waiting to sweep through Cardano, such as the implantation of the Chainlink oracles , or the algorithmic US dollar stablecoin designed by COTI