NewsAlarmsGlobal Trends and News
EntertainmentCelebritiesMario Draghi, who is the economist of "Whatever it...

Mario Draghi, who is the economist of “Whatever it takes” 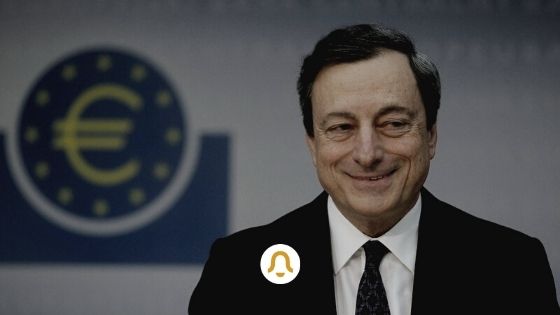 Ex-president of the ECB, he is considered by many to be the man who was able to save Europe from the sovereign debt crisis

Mario Draghi climbs to the Quirinale convened by the President of the Republic Sergio Mattarella . No Count ter. The resigning premierdoes not have a majority to form its third executive, as verified by the President of the Chamber, Roberto Fico, in charge of consultations with the parties in recent days to probe the possibility of a re-aggregation of the old majority of Conte II, composed of M5s-Pd- Leu and Italy alive. President Mattarella thus urged the political forces present in Parliament “to give confidence to a high-profile government that should not identify with any political formula”. An executive to lead which the Head of State called the ex-president of the ECB, Mario Draghi, on the strength of the prestige of having saved Europe in the moment of maximum instability in the eurozone.

Who is Mario Draghi

In 1991 he was appointed general director of the Treasury Ministry by the then minister Guido Carli of the Andreotti VII government and remained there until 2001 confirmed by all subsequent governments (Amato I, Ciampi, Berlusconi I, Dini, Prodi I, D’Alema I and II, Amato II and Berlusconi II). In 2002 he was Vice President and Managing Director of Goldman Sachs in the London office. Then on 29 December 2005 he was appointed governor of the Bank of Italy . It is the period in which mergers and mergers of banking institutions take place. The office of governor projects him in the international bodies of the Financial Stability Board and in the ECB – the European Central Bank– as a member of the board. On May 16, 2011, the Eurogroup – made up of eurozone economic ministers – formalized its candidacy for the presidency of the ECB where it took office in the summer.

He has recently become president of the ECB when he becomes the protagonist of a fulminating debut by delivering the famous Whatever it takes speech in London on 26 July 2012 . An expression of extreme impact, chosen to underline the ECB’s commitment to do everything necessary, literally “whatever it takes”, to save the single currency, acting as a shield to countries under pressure for the performance of government bonds on the markets. British newspapers Financial Times and Times named him Man of the Year for managing the sovereign debt crisis well in a delicate moment like the summer of that year, when the financial crisis was about to infect large European economies such as Italy and Spain.

Those words of Draghi are reflected in the decision to launch quantitative easing, that is the commitment of the European Central Bank to support the securities on the market of the various European countries, followed by the commitment of the central banks of the individual countries. This is what is considered a paradigm shift in the use of the ECB’s means, which however does not distort its role. In 2015, the ECB therefore proceeds to purchase government bonds from eurozone countries for 60 billion . The purchases continue until 2016 and allow the spread gap to close, the differential between the securities of countries with higher debt, such as Italy, compared to Germany. For many Mario Draghi thus becomes the man who saved Europe from upheaval: it is no coincidence that he is given the nice title of Supermario, with a clear reference to the hero of Nintendo video games . In 2018, according to Forbes, he is the 18th most powerful man in the world. The mandate at the helm of the ECB ends on 31 October 2019 and passes the deliveries to the successor, identified in Christine Lagarde.

Married, with two children, Catholic, Mario Draghi was appointed in July 2020 by Pope Francis as a member of the Pontifical Academy of Social Sciences. The list of his honorary degrees is very long , the last of which in Economics conferred on him by the Catholic University of the Sacred Heart. Last summer, while the dramatic effects on the economy, jobs and income as a consequence of the pandemic began to manifest themselves , Draghi spoke out to turn his attention to young people, the most affected by the economic and social crisis triggered by the coronavirus, also asking European countries to intervene to guarantee liquidity to companies and support income, even in the face of an increase in debt.

All this, noting in December that the debt must be destined to produce growth and employment: “The sustainability of the public debt in a certain country -, he declared – will be judged on the basis of growth and therefore also of how Next’s resources will be spent. Generation Eu “; with the warning that “if they are wasted, the debt will eventually become unsustainable because the projects financed will not produce growth”.

The youngest daughter of the great tech-guru and founder...
Celebrities

The future is already on its way, the president...
Celebrities

More chapters of WandaVision, original films and series that...
Celebrities

In a personal message, Arnold Schwarzenegger drew parallels between...