NewsAlarmsGlobal Trends and News
TechnologyReddit has made the shortest and most effective Super...

Reddit has made the shortest and most effective Super Bowl ad 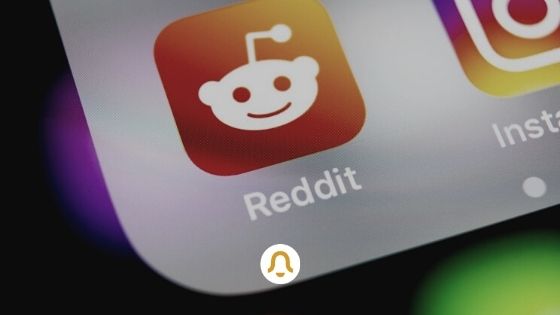 Reddit bought 5 seconds that have turned into minutes thanks to its strategy for the Super Bowl . And with a very special message after the last weeks.

$ 5.5 million for 30 seconds of time during the Super Bowl . Reddit didn’t have that money, but they did have enough money to sneak between big productions for 5 seconds and leave everyone with their mouths open.

Nobody had time to see what Reddit said in their ad, in which they opted for a text presented with the same design that the best-known internet forum uses on its website, but there is its greatness. And is that how many people stopped the image to see what it said?

Reddit bought 5 seconds that many homes turned into 30 , saving a lot of money in the process. And all, referring to what happened with r / WallStreetBets, GameStop and Wall Street.

Some say the average attention span for an ad is 5-seconds.

If we still have yours, check out this sampling of Reddit communities: https://t.co/TjyN5VMys3 pic.twitter.com/J8F747HpB3

“One thing we learned from our communities last week is that underdogs can achieve anything when they come together around a common idea ,” Reddit said in this particular statement.

They called on people to participate in the forum and create new trends, change the world, and encouraged viewers who paused the ad to join because “ Powerful things happen when people come together around something that really matters to them . And there is a place for that. It’s called Reddit. “

The famous website showed its first ad for the Super Bowl the same year that Robinhood , the stock investing application that was involved in the GameStop scandal, did the same to try to improve its image after being harshly criticized for freezing the market. GameStop stock movement and other companies mentioned in the Reddit forum.

Once again it seems that the forum wins the game, at least in terms of success with a Super Bowl ad. The rest remains to be seen.

This is the full text of the Reddit ad:

If you are reading this, it means our gamble paid off.

Spaces in large matches are expensive, so we couldn’t buy a full one. But we were inspired and decided to spend our entire marketing budget on 5 seconds of airtime. One thing we learned from our communities last week is that underdogs can achieve anything when they come together around a common idea.

Who knows, you might be the reason finance textbooks need to add a chapter on “trends.” Maybe you will help ar / SuperbOwl teach the world about the majesty of owls. Maybe even pause this 5 second ad.

Powerful things happen when people come together around something that really matters to them. And there is a place for that. It’s called Reddit.