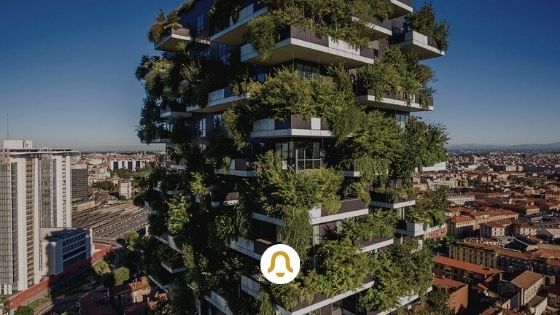 A German study confirms: in the city, trees near the house reduce the risk of depression

We had guessed that green is the color of serenity. Not only indoors , with ornamental plants, but also just outside. Living near green hills, mountains and woods warms the soul and makes life better. And even in the city, small and large green spaces are vital. “Trees, shrubs and hedges must be considered as real material assets with a quantifiable economic value, as they are capable of reducing pollution and noise, producing oxygen and bringing a significant visual and aesthetic improvement to our cities”, explains the Forestami di Milan, the project that consciously aims to plant about 3 million trees in Milan in the next few years .

Trees are a cure-all: even on the roads

But it is not just a question of aesthetics, trees and greenery in general have a positive impact on the lives of people who live in urban areas: they contribute to physical and psychological health, with the reduction of cardiovascular diseases and the levels of stress and anxiety . First of all, planting trees helps to conserve biodiversity and fight pollution, because each plant absorbs CO2, cleaning the air from harmful dust. But in addition to the aesthetic and environmental benefits, trees have direct effects on our happiness. In particular , trees planted near the house fight depressive states in many ways. First of all when you are at home and look out the window and see the greenery, but also when you walk in the street even if you don’t have time to go to a public park to spend some time in the outdoors .

The study that confirms it

The recent study released by the University of Leipzig on Scientific reports , has identified a relationship between the presence of greenery near the house and a decrease in cases of depression . The interesting thing is that we are not talking about the presence of large parks, but simply of trees in the streets. Previous studies had already indicated that the presence of public parks brought benefits to the mental state, but these were essentially benefits that the participants had reported through self-assessments. In this case, however, the scientists led by  Dr. Melissa Marselle have adopted a more reliable empirical approach, using data from a large study on adult health they have related theprescription of drugs against depression with the presence of trees in the neighborhood of the residents and have found the inverse correlation: where the trees go up the medical prescriptions decrease. The researchers analyzed data from nearly 10,000 residents of Leipzig , a major city in Germany, who took part in the study. By combining this with data on the number and type of street tree species across the city of Leipzig, the researchers were able to identify the association between antidepressant prescriptions and the number of street trees at different distances from the people’s homes. The results were checked for other factors known to be associated with depression, such as occupation, gender, age, and body weight.

Trees close to home, better if less than 100 meters away

More trees immediately around the house (less than 100 meters)were associated with a reduced risk of prescribing antidepressants. This association was particularly strong for socio-economically disadvantaged groups. Scholars have noted that the most troubled social groups are in fact at greater risk of prescribing antidepressants, and trees in cities can therefore serve as a natural solution to achieve a level of good mental health. ‘Our discovery suggests that roadside trees, a small-scale, publicly accessible form of urban green space, can help bridge the gap in health inequalities between economically diverse social groups,’ explains the lead author of the research. , Melissa Marselle.