NewsAlarmsGlobal Trends and News
ScienceAsteroid 2018 VP1 is coming: What damage does it...

Asteroid 2018 VP1 is coming: What damage does it represent to the Earth? 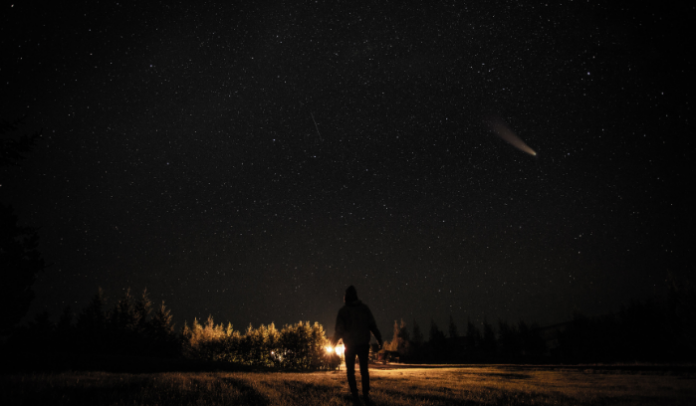 The asteroid 2018 VP1 , was discovered in 2018, hence its name, and will come very close to Earth one day before the presidential elections in the United States (USA), on November 2 .

Some calculations assure that the asteroid 2018 VP1 , which is the size of a refrigerator, will pass so close to the Earth that it could even pink the Earth’s surface.

A few days ago NASA transmitted the landing of the Osiris-Rex spacecraft on the asteroid Bennu that is approaching Earth , which represents an imminent danger since it could crash into our planet in approximately 2199.

The mission of the Osiris-Rex is to gather as much information as possible about this asteroid to try to study it and our earthly predecessors know how to act when the time comes to confront it.

Welcome to Tuesday! Today’s events include (times in ET):

The NASA  through its program known Near-Earth Object Observations ( Objects in Earth Observation Near ), founded in 1998 is dedicated to identifying and monitoring potentially dangerous objects for our planet such as asteroid 2018 VP1 and Bennu .

In practical terms, Bennu does not worry NASA so much for now as it could hit Earth many years from now, but what about asteroid 2018 VP1 ? What risk does it pose to humanity? What consequences will there be after its dangerously close pass?

According to an  Instagram post by astrophysicist Neil DeGrasse Tyson , asteroid 2018 VP1 will pass very close to Earth but does not pose any danger to us.

“The asteroid 2018 VP1 , a space rock the size of a refrigerator, it is approaching us at a speed of 25.000 miles per hour. It may touch the Earth on November 2, a day before the presidential election. But it is not big enough to cause harm. So, if the world ends in 2020, it will not be the fault of the universe ”, ironized the scientist.

Similarly, in August of this year, NASA reported through its official Twitter account about the passage of the 2018 VP1 asteroid , which will approach Earth on November 2, but detailed that although its passage is imminent, the chances of impact are minimal:

“The asteroid 2018 VP1 is very small, about 6.5 feet-and represents no threat to Earth! It currently has a 0.41% chance of entering the atmosphere. But if it did, it would disintegrate due to its extremely small size. “

Asteroid 2018VP1 is very small, approx. 6.5 feet, and poses no threat to Earth! It currently has a 0.41% chance of entering our planet’s atmosphere, but if it did, it would disintegrate due to its extremely small size.

Due to the size of asteroid 2018 VP1 , at 6.5 feet (1.98 meters), scientists have spent quite a bit of time monitoring its trajectory since it was first seen. However, from then until now it does not represent any danger.

In addition to Bennu and asteroid 2018 VP1 , there are hundreds more larger than this that could come within 5 million miles (8,046,720 kilometers) of Earth, but fortunately none of them come anywhere near us.

Purifying the air with plants, the green solution of Fabbrica dell’Aria

To combat pollution, this system exploits the filtration capabilities...
Health

A German study confirms: in the city, trees near...
Science

A black hole is a cluster of remnants of ancient stars,...