NewsAlarmsGlobal Trends and News
SportsChucky Lozano breaks record for scoring in the Italian... 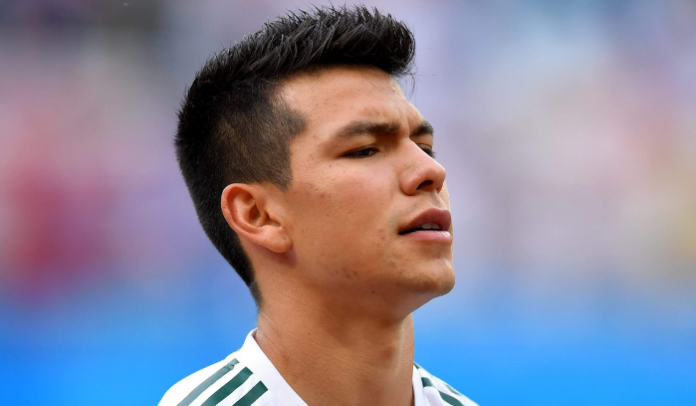 Chucky Lozano is a Mexican soccer player who plays as a winger. He is currently part of the Società Sportiva Calcio Napoli team, known simply as Napoli , in which he has stood out for some of his annotations.

Chucky Lozano’s full name Hirving Rodrigo Lozano Bahena. He was born in 1995 in Mexico and began playing soccer for teams in the Pedregal area of ​​Mexico City. At age 11, he was taken to Pachuca, where he continued to play. At just 18 years old, he had already caught the attention of team managers like Enrique Meza. He soon earned a place in the Mexican National Team and helped it achieve triumphs that surprised us all for good, such as the team’s triumph against Germany in the World Cup.

Although Chucky Lozano is still part of the national team, he now plays for Napoli , a team where, although just two days of Serie A have passed, he has already shown that he is one of the best players. Currently, his performance stands out, and that the team has received great players in the world that include Maradona himself, considered by many the best footballer in history . Curiously, Lozano is the most searched Mexican footballer on Google, and many people are curious to keep up with him.

And the Mexican player continues to give something to talk about. He recently broke the record for scoring so far in the Italian Cup, as he scored the third of the Napoli’s team goals , in their confrontation against Florentina. The other 3 goals in the first half were made by Insigne, Dame and Zielinski, for an overwhelming 4-0 by Genaro Gattuso’s team. With this result, the celestes momentarily put themselves in third place, 3 points behind Inter, who later played against Juventus and 6 behind the leader, Milan.

Due to this goal, Chucky Lozano counted the 10 annotations during this cup, breaking the record. He had previously scored seven in Serie A, one in the Europa League and one in the Italian Cup.

In the press, it has been commented that many of the Italians consider that the Mexican is today Napoli’s best footballer , to the extent that he is the only remarkable thing about the team that Gennaro Gattuso commands. For example, the Tuttosport newspaper commented, “He’s the superior. Today can be considered the most indispensable of Napoli , apart from the goal scored and the pass to Di Lorenzo “.

Share
Facebook
Twitter
Pinterest
WhatsApp
Previous articleSignal: What is and how does the app that aims to defeat WhatsApp work?
Next article87 Best Startup Tools and Resources to Give your Business Boost for Entrepreneurs in 2021

The most anticipated sporting events of 2021 are about to start....