NewsAlarmsGlobal Trends and News
BlockchainBlockchain GuideBlockchain and Crypto: What is a masternode? 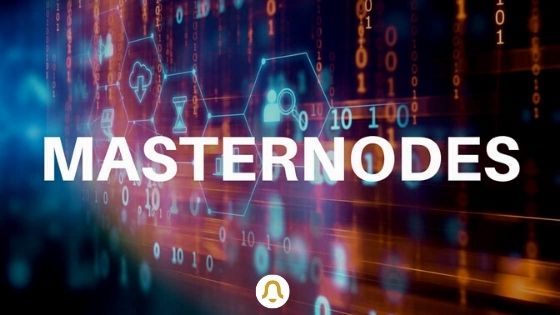 The term masternode comes from English and can be literally translated into French as “master of nodes”. However, a more exact name in the language of Molière would be rather “central node”.

Masternodes make it possible to operate blockchains that use a proof-of-stake system . On these blockchains, there are no minors who take care of verifying the transactions as is the case with the proof-of-work system .

How does a masternode work?

The operation of a masternode can vary depending on the blockchains. In addition, the technical details are quite complex to understand. So we’re going to keep it as simple as possible to give you a rough idea of ​​how it works exactly.

First of all, you should know that masternodes are specific to blockchains that operate according to a proof-of-stake system. Unlike proof-of-work systems where all actors have a complete copy of the blockchain, here only masternodes have one. This therefore saves energy, one of the major weaknesses of POW systems.

Below a masternode, there are classic nodes which only have a partial copy of the blockchain, but which is sufficient to verify a transaction. Once this verification has been carried out, the information is then transmitted to the masternode which is then responsible for definitively approving the transaction and incorporating it on the blockchain definitively.

How to create a central node?

The modalities for creating and running a central node are slightly different from one blockchain to another. In general, however, things are quite similar from project to project.

First of all, you must have a certain number of project tokens in order to be able to create a masternode. This allows developers to ensure that only people who have large financial means, and therefore very involved in the project, can run a central node. In some cases, it is possible to have more than one in a pool in order to have enough tokens to run a central node.

Then, it is necessary to download the project wallet, to synchronize it with the blockchain, to transfer its tokens on it and to create a special node address on which you will transfer your digital assets.

Finally, you should host your masternode on a dedicated server that runs 24 hours a day, otherwise you would have to leave a computer running at home permanently with penalties in the event of a power cut.

How much money can you make by spinning a central node?

First, each proof-of-stake blockchain does not offer the same profitability. The more popular it is, the more it takes to invest to launch a masternode and the more theoretically it will be possible to reap profits.

Then, it is necessary to verify that the project is doomed to a promising future. You can have a big ROI on a new project, but if it doesn’t live up to its promises, not only will that big ROI drop drastically, but you’ll also lose a good chunk of the money you make. you spent to buy tokens.

Finally, you also have to make sure of the period during which you will have to block tokens to run a masternode. The longer the period of time, the greater the promised return. However, this will tie up some of your money without you possibly being able to use it to invest in other promising projects.

The modalities for running a masternode vary from one blockchain to another, even if we find similarities between all the projects that have central nodes. The gains that can be expected also vary and it is very important to do extensive research on the project on which you want to launch a masternode before embarking on this adventure.