NewsAlarmsGlobal Trends and News
EntrepreneurshipJob interview: what to answer when asked about your...

Job interview: what to answer when asked about your previous salary 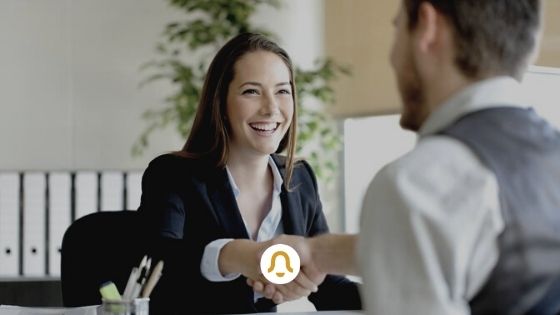 Lying about the salary previously received during a job interview may seem like a good idea to earn more, but does it really help?

Do you want to negotiate a good salary? Sooner or later the question of salary arises in the job interview . Often times, recent gains are also discussed. Applicants naturally want to secure a favorable position in the negotiation : why not use a white lie and add a little to the final salary?

Caution: This can backfire – if you are talking about your latest salary on your own, you shouldn’t lie about it. If your new employer asks about it, lying is allowed under certain circumstances. However, that doesn’t mean it’s a good idea not to be sincere.

Salary question in the interview: In certain cases you have to answer honestly

“The employer can only ask the applicant about his previous salary at the job interview if he has a vested interest in the answer,” says Florian Kessenich, an employment law attorney at the Bird & Bird law firm.

Such interest exists when salary allows conclusions to be drawn about performance . “This is the case, for example, of a commission received or with variable remuneration for a sales employee,” explains the expert. In this case, the question about the last salary should be answered honestly.

This also applies if you are tackling the old salary issue on your own and want to negotiate your new salary on this basis or demand it as the minimum salary from the new employer. “Even then, you shouldn’t lie, ” warns the lawyer.

In all other situations, however, an employer cannot ask about past wages. ” Salary is considered a private matter, ” says Kessenich. If the employer asks inadmissibly about salary and an applicant does not tell the truth, he cannot be fired later because of this.

If you lie about your salary, you have to face the consequences

But what if you have lied and there was a legitimate interest on the part of the employer? According to article 123 of the German Civil Code, incorrect information can be fraudulent. “The employer can then challenge the employment contract that has arrived or terminate the employment relationship”, warns Florian Kessenich.

But even if the salary question is inadmissible , if an applicant is later found to have lied, it makes a very bad impression . “Often the management and human resources staff of an industry are very well connected. In this sense, there is a danger, which should not be underestimated, that the lie will come to light, ”says Kessenich. “So the employee should expect that he will just be fired during the probationary period for being unfit.”

Think of a strategy in good time

So what is the best way to respond when an employer asks about the latest salary? After all, this question is not unlikely to arise. “Before the interview, the applicant should come up with a strategy on how to approach the previous salary question without lying,” advises the lawyer.

“One strategy can be to face the last salary openly and truthfully without lying, ” says the expert. However, you must make it clear that you no longer find this salary suitable for your job and that this is one of the reasons why you have decided to apply for another job.

Another possibility is to say that you don’t want to disclose your previous salary. Instead, you should indicate your desired salary or a minimum salary.

Trade according to your own market value

In any case, applicants should prepare well for their interview. They need to think about where their market value is and what salaries are normally paid in their industry and for a comparable position. Salary comparisons, for example, which can be easily found on the Internet, help.

“Those who know your market value can evaluate your past salary and achieve better results in salary negotiations, ” says Florian Kessenich. “In conclusion, it can be said that an honest answer is always better than a lie.”