New Guinea Singing Inu, the most powerful social token ever 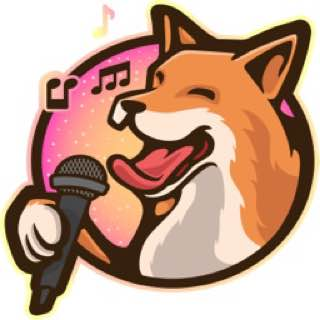 London, UK, 6 July 2021, ZEXPRWIRE, This article is created to present the most powerful social token named after an endangered inu species from New Guinea. The coin is deflationary with ARF technology built in. The project rewards holders with $NEWINU by 2% of every transaction.

The New Guinea Singing Inu is a fully decentralized p2p DeFi deflationary coin named after an endangered wild inu species of Papua, New Guinea. It’s a p2p currency with Automated Rewards Farming (ARF) technology built in which means that every transaction has 2% tax and the major part of it goes straight to holders’ wallets as a reward for holding. Thus the longer one holds, the more $NEWINU drops right into his wallet. A minor portion of any transaction fee goes to the burn wallet, to keep token deflationary. The $NEWINU is incredibly secure, it has the Hacken audit report with open-source code which proves its safety. Also the project has a simple guide on how to buy and use the coin: https://newinu.org/#/buynow

This token is 100% creative, since creativity is the key to life. That’s why it’s based on creative technologies and supports any creative tools in the cryptocurrency market. $NEWINU website shows the creative approach of its team: https://newinu.org

$NEWINU has been named the best passive income token on ERC20. Soon it’s going to be presented on Binance Smart Chain, it’s been decided by the community vote: https://snapshot.org/#/newinu.eth. In June 2021 $NEWINU presents its merch with a sneaker brand and creative hub. In July 2021 the community crowdfunding is going to be launched. Later $NEWINU plans to present some up-to-date, creative and extremely useful solutions for the world of cryptocurrency. Stay tuned with $NEWINU on social media such as Twitter, Telegram and Facebook to be sure you don’t miss a thing!