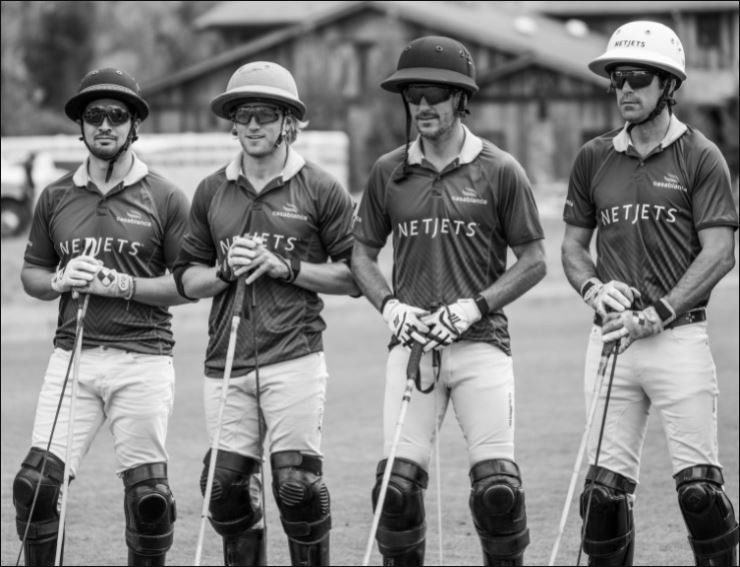 Florida, 28 Aug 2021, ZEXPRWIRE, World-renowned artist Artem Shestakov has been capturing the beautiful essence of the planet for years. Now the fine art photographer has extended his portfolio to the fine sport of polo.

In February, Shestakov experienced his first match when he was invited to attend a championship by one of the greatest polo players, Pablo Mac Donough. The game, which was organized by the Grand Champions Polo Club in Wellington, Florida is owned by the famous female player Melissa Ganzi.

Since that poignant moment Shestakov fell in love with the sport and decided to devote part of his time to photographing and learning more about the noble game.  Recently spending a week in Wellington, he filmed a short documentary presentation about the museum with the Ecuadorian director Kristofh Pozo.

During shooting Ganzi, who serves as president and top fundraiser for the Museum of Polo and Hall of Fame helped guide the project. Her work on the Board of Directors and as the Chairman of the Polo Training Foundation was instrumental to the project. Ganzi working closely with international polo players such as Pablo Mac Donough, Juan Martín Nero, Alejandro Novillo Astrada and Horacio Heguy, Nic Roldan, Nacho Figueras and Gonzalito Pieres.

During the process, Shestakov alongside Ganzi preparing to organize several art exhibitions with his fine art photography to raise funds for the Museum of Polo.

The Museum is a rich repository of documents and physical treasures which include works of art, historic trophies, artifacts, books, statistics, periodicals, films, videos, recordings and memorabilia. The Hall of Fame honors the heroes of the sport, each year inducting icons of the past and eligible living heroes of polo. The Hall of Fame Induction Awards Dinner Gala takes place each year on the Friday of President’s Day weekend in February.

Growing up in Philadelphia, Melissa Ganzi competed in equestrian events where she was an accomplished horsewoman in dressage, show jumping and cross country. It was in December 2000, when her father-in-law and retired polo player, Wally Ganzi, bought her first polo pony for her birthday, she found her true passion. It was the start of her career as one of the nation’s top amateur woman polo players.

Ganzi now plays professionally with and against men. She and her husband Marc, also a top amateur player, own and maintain the property year-round. Ganzi breeds and trains polo ponies at her Santa Rita Polo Farms in Ocala and Wellington. Among her horse-buying clients is Argentina’s Adolfo Cambiaso, the world’s greatest all-time player who purchased Miami, for his world-class polo string.

She is one of only a few women in the world to compete in the C.V. Whitney Cup, USPA Gold Cup and U.S. Open. She became the first woman in history to win the 35th St. Moritz Snow Polo World Cup with Team Badrutt’s Palace Hotel and was even selected Best Playing Patron. It was her fourth appearance in the only high goal tournament played on snow. She was also the first woman to win the Aspen Valley Polo Club’s World Snow Polo Championship in December 2017 and Bendura Bank Snow Polo World Cup in 2018.

When she isn’t competing in high goal seasonal polo, Ganzi is busy promoting the sport at every level including for youth and women all while teaching at The Polo School in Wellington and Carbondale – both free-standing U.S. Polo Association clubs.

Ganzi is selfless and tireless when it comes to staging and creating polo events including co-founding the successful World Polo League, the only 26-goal polo held outside of Argentina.  She would like to see polo embraced by the public, mainstream sports followers, and media to attract new people to the sport.

Grand Champions is one of only a handful of clubs in the nation to offer 20-goal tournaments. The club also has several innovative tournaments including a 12-goal, $50,000 tournament and 0-40 winner-take-all $100,000 World Cup. Ganzi and her husband also revived the prestigious Sterling Cup.

Together Artem Shestakov and Melissa Ganzi hope to continue to promote polo at the local, national, and international levels and to leave a lasting legacy in the sport for generations to come.