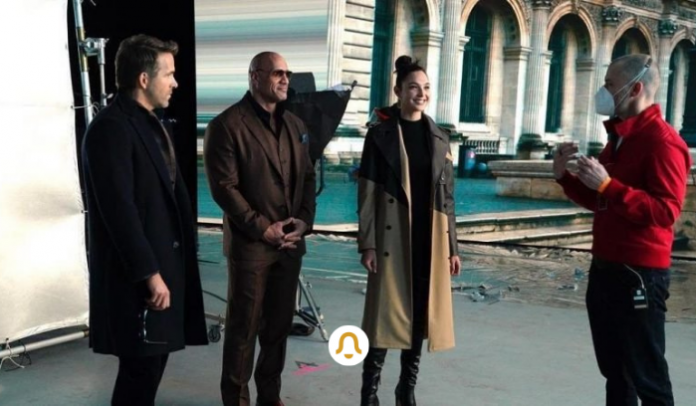 Not much is known about the premise, but Dwayne plays an Interpol agent who embarks on one of the most complicated investigations of his career, tracking down the world’s most wanted art thief. Red Notice refers to the alert that agents receive to hunt down and capture the aforementioned criminal. Obviously the scenarios that are presented to the protagonist will not be easy at all.

Marshall Thurber, apart from directing, also writes the script for the thriller and reunites Gal Gadot with “The Rock” after both participated in the sixth and seventh parts of Fast and Furious . The actress is rumored to be the art thief Johnson will have to catch. On the other hand, Ryan Reynolds would have the role of a con man who will not make things easy for either the agent or the thief in question. The main trio returns to the project one of the most attractive of this 2020.

When the film was going to go to theaters produced by Universal, its release date was scheduled for November 13, 2020, postponed from the initial one of June 12, 2020. But Netflix took over the rights in July 2019 and everything became more mysterious.

It is not yet known if this powerful production would also have a limited release in cinemas, which would make it take place from April, with box office hits. If not, it is more difficult to predict when Netflix will release it to its catalog. Filming began in January but was stopped in March given the arrival of the Coronavirus in the United States. It wasn’t until last September that it resumed and had no further setbacks until the end of the film was reached in November. This is how Gal Gadot described the team’s effort to end the film in a pandemic:

We’ve already covered the stellar lead trio, Dwayne Johnson, Ryan Reynolds, and Gal Gadot. Although we still do not know who is who, yes that one is a wanted art thief, another a con artist and, also, an FBI investigator. It is believed, without certainty, that Johnson could be the investigator while Gadot would be the art thief and Reynolds the con artist.

But there is more to the cast. Ritu Arya, whom we have met in season 2 of ‘The Umbrella Academy’, and Chris Diamantopoulos, from ‘Silicon Valey’ stand out. His roles are also a mystery at the moment.

Despite all the photos on set shared by its protagonists, we still don’t really know what ‘Red Notice’ is about. Yes we can say that the title refers to the global alert of Interpol to search and capture a highly wanted person, who would be the thief or the art thief.

‘Red Notice’ does not have a trailer yet and Netflix does not usually release them very long in advance. We can probably see it a month before the movie opens. However, we cannot hope that by the end of the year they will give us at least one teaser.